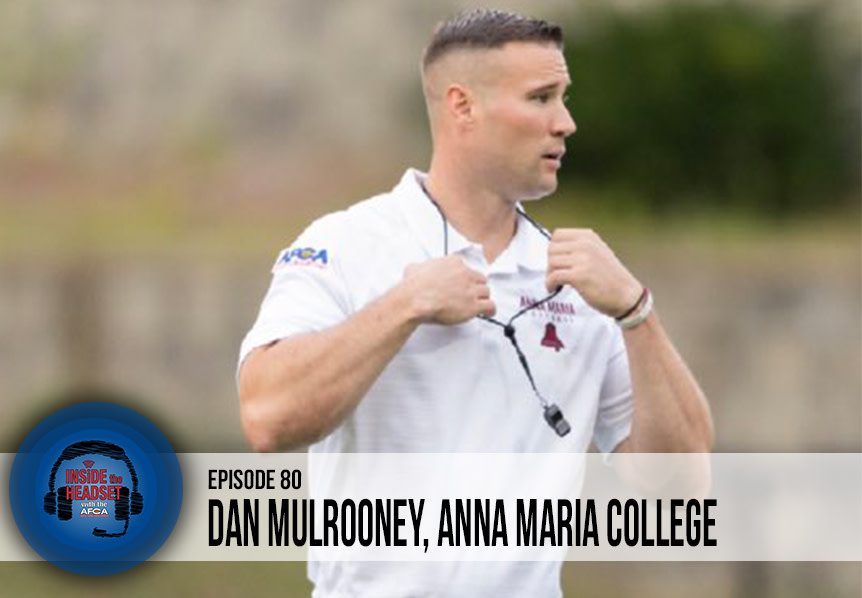 This week on Inside the Headset, we speak with Dan Mulrooney–Head Coach for Anna Maria College. We cover the ins and outs of being a young coach, including how he approaches interviewing and hiring coaches to his staff. We also discuss building a program of young players, creating a brand, and we hear the story of how he saved his neighbor’s life.

Dan Mulrooney’s career began as a linebackers coach at Worchester Polytechnic Institute in 2013. Mulrooney was promoted to defensive coordinator prior to the 2014 season, and he led the WPI defense for three seasons. In 2017, at the age of 28, Mulrooney was named head coach for Anna Maria College. Coach Mulrooney was selected as a participant in the AFCA’s 35 Under 35 Coaches Leadership Institute in 2018.