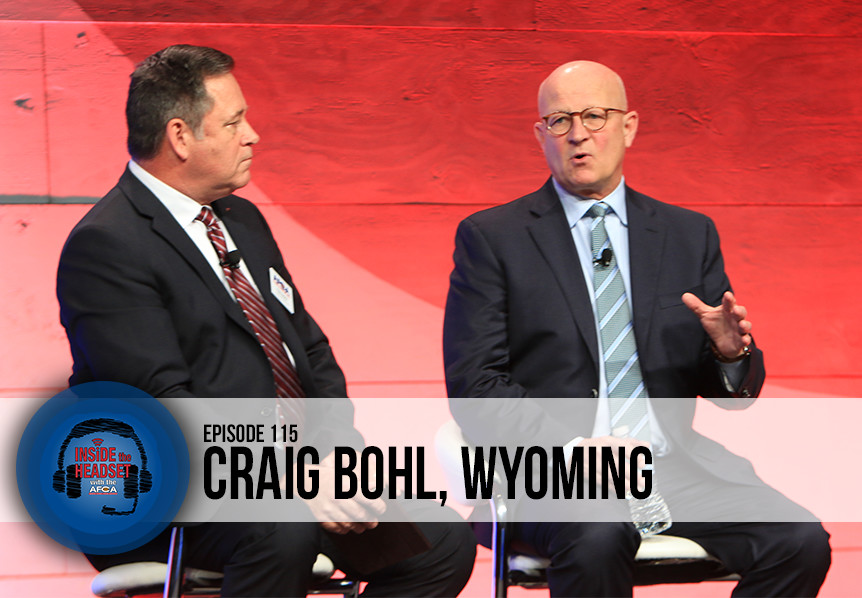 This week on Inside the Headset we are featuring Wyoming Head Coach Craig Bohl’s Q & A General Session from the 2019 AFCA Convention in San Antonio. Coach Bohl shared how the profession has changed throughout his career, how he’s maintained success at various levels of the game, and he gives advice for young coaches looking to expand their network.

Coach Bohl is in his sixth season leading the University of Wyoming Football program and his 17th season as a head coach at the collegiate level. His career began as a graduate assistant at Nebraska (1981-1983) after he finished his playing career there as a defensive back. Coach Bohl then served as the linebackers coach for North Dakota State (1984), Tulsa (1985-1986), and Wisconsin (1987-1988) before going to Rice as the Defensive Coordinator (1989-1993). After spending the 1994 as the DC at Duke, he returned to Nebraska as the linebackers coach (1995-2002) and was the Huskers’ DC from 2000-2002. In 2003, Bohl landed his first heading coaching position at North Dakota State. In his 11 seasons at NDSU, his teams went 104-32, which included three consecutive FCS National Championships (2011-2013). Coach Bohl was named Head Coach of the Wyoming Cowboys in December of 2013.