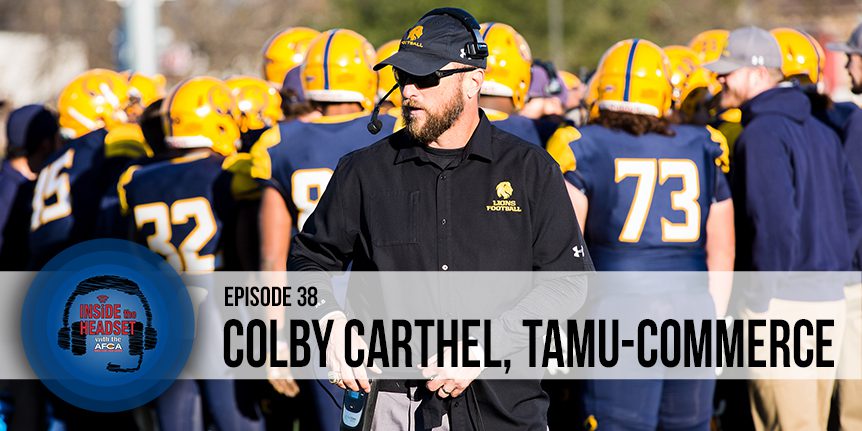 On this episode of Inside the Headset, we speak with Texas A&M-Commerce Head Coach Colby Carthel about his team’s 2017 National Championship season and what he’s been up to this offseason.

It’s a shame my smoking hot wife had to sleep on the couch last night, but dang I slept great…#ToTheTop pic.twitter.com/ooJ1fU2H6K

Commerce, TX will present you a custom made Henry rifle!

A sincere “thank you” to the fine citizens of this great town. We’re blessed to call you friends, and honored to call this place home… pic.twitter.com/rlkbsKUW8y

Had a great time with friends, family, and all the @Lions_FB fans, as I threw out the first pitch at the @Rangers game today! And I saw lots of great looking hats throughout the ballpark, as we all cheered the @Rangers to victory over the @Mariners…#ToTheTop pic.twitter.com/VnyVAajvTH

RELATED CONTENT: Inside The Headset: Run The Power [PODCAST]