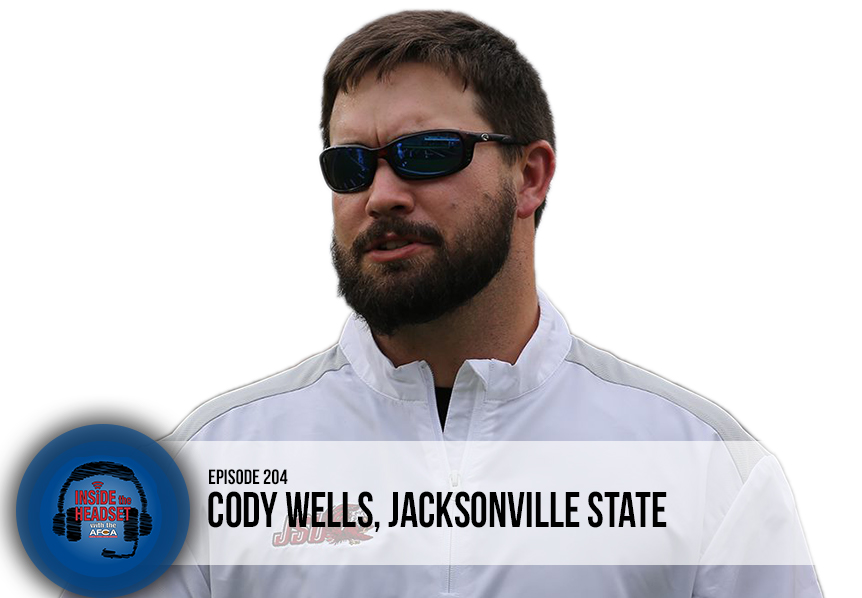 This week on Inside the Headset, we are featuring Jacksonville State Receivers Coach, Cody Wells. Coach Wells reflects on this past year’s football season that was impacted by COVID, discusses last week’s thrilling upset victory over Florida State, and gives insight on how to keep a team focused going forward after a big win.

Cody Wells enters his sixth season on John Grass’ staff after returning in 2016 to take over as the quarterback’s coach. The 2021 season will be his third leading the JSU wide receivers. He played a large role in helping JSU claim three Ohio Valley Conference titles and just six OVC losses in four seasons, extending the Gamecocks’ streak of conference titles to an OVC-record five from 2014-18. While leading the receiver room, Wells has coached three All-Conference players and lead a unit that has been consistently at the top of the conference in multiple receiving categories.

Wells returned to JSU after spending the 2015 campaign as quarterbacks coach of the Louisiana-Monroe Warhawks. Prior to ULM, Coach Wells assisted with the JSU wide receiver unit that helped propel the Gamecocks to an unprecedented amount of success during his one season in 2014. In that season, the Gamecocks went 10-2, which included a perfect OVC record and fourth OVC title.