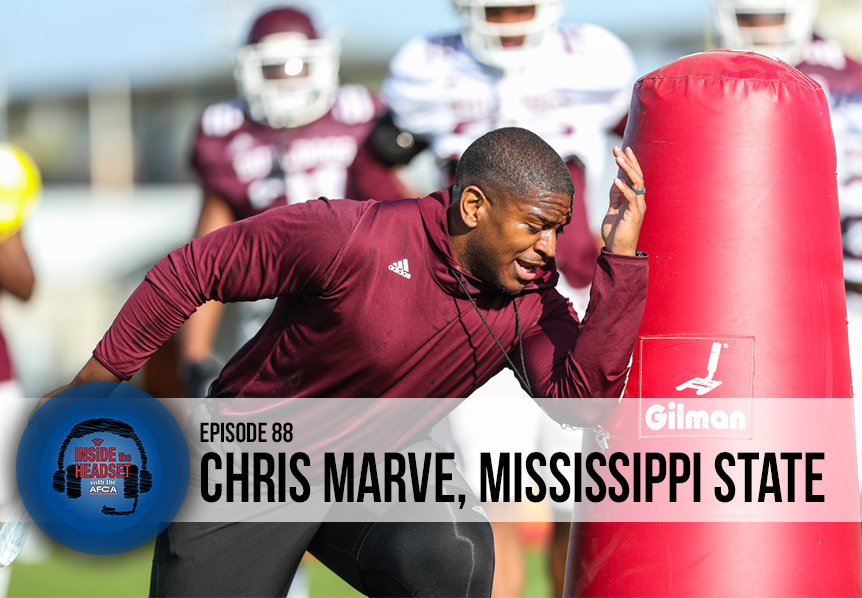 This week on Inside the Headset we speak with Chris Marve, defensive run game coordinator and linebacker coach for Mississippi State University. We discuss building credibility as a coach, his philosophy on recruiting and coaching linebackers, and how he works to develop his players on and off the field.

Chris Marve’s coaching career began at Vanderbilt University as a defensive quality control coach (2014). Prior to the 2015 season, he became a defensive graduate assistant, and he was eventually promoted to a full-time staff member coaching the inside linebackers (2016-18). Coach Marve joined Mississippi State’s staff in the 2019 offseason. He was selected as a participant in the AFCA’s 2018 35 Under 35 Coaches Leadership Institute, and he and his wife started a non-profit foundation, Marvelous Deeds – Psalm 86:10.