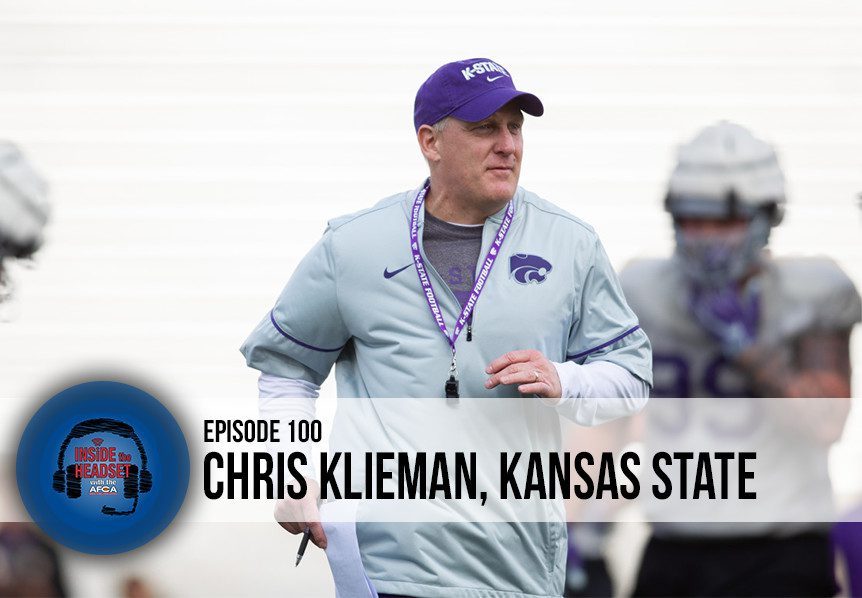 This week on Inside the Headset we speak with Chris Klieman, Head Coach for Kansas State University. We discuss his head-coaching journey from Division III Loras College to Power 5 FBS Kansas State and what it’s like taking over an already well-established program.

Coach Klieman’s career began as a defensive backs coach for his alma mater, the University of Northern Iowa (1991-1993). From there, he went on to coach the defensive backs at Western Illinois (1994-1996), Kansas (1997), and Missouri State (1999) before being named the defensive coordinator at Loras College (2002-2004). After serving as head coach for Loras in 2005, Klieman returned to Northern Iowa (2006-10), and in 2011, he joined the staff at North Dakota State. He coached the defensive backs in 2011, served as the defensive coordinator for the 2012 and 2013 seasons, and was promoted to head coach in 2014–leading the program to four FCS national championship victories in his five seasons at the helm. Klieman was named head coach of Kansas State in December of 2018.