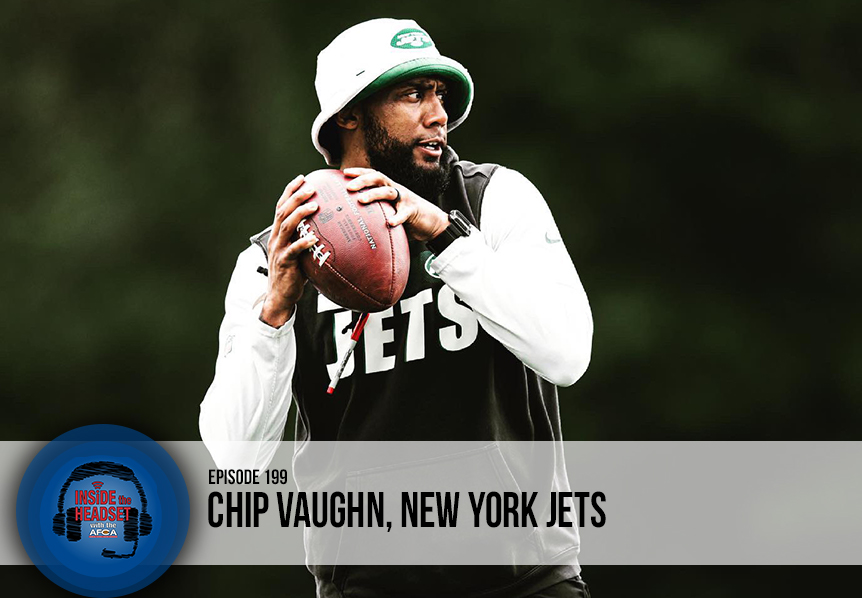 This week on Inside the Headset, we are featuring New York Jets Defensive Assistant, Chip Vaughn. Coach Vaughn details his personal football journey, explains the motto he lives and coaches by, and discusses embracing challenges and adversity.

Chip Vaughn is entering his second season with the New York Jets as a defensive assistant coach where he works with the secondary. Prior to the Jets, Vaughn spent one season as the defensive backs coach for the Air Force Falcons where he helped the team finish the 2019 season with a pair of wins over Power 5 programs and a top-25 national ranking. Coach Vaughn has also spent time at Fayetteville State and Winston-Salem State where he also coached the defensive backs.

Vaughn was selected to the 2020 American Football Coaches Association 35 Under 35 Coaches Leadership Institute. A Bill Walsh Diversity Coaching Fellowship coach with New Orleans during training camp in 2018, he was also one of 15 coaches selected to participate in the 2018 NFL-NCAA Coaches Academy. Vaughn is a former fourth-round selection by New Orleans in 2009 and was a part of the Saints XLIV Super Bowl team. Vaughn also spent time with other NFL franchises including the Eagles, Colts, and Panthers before retiring in 2011.