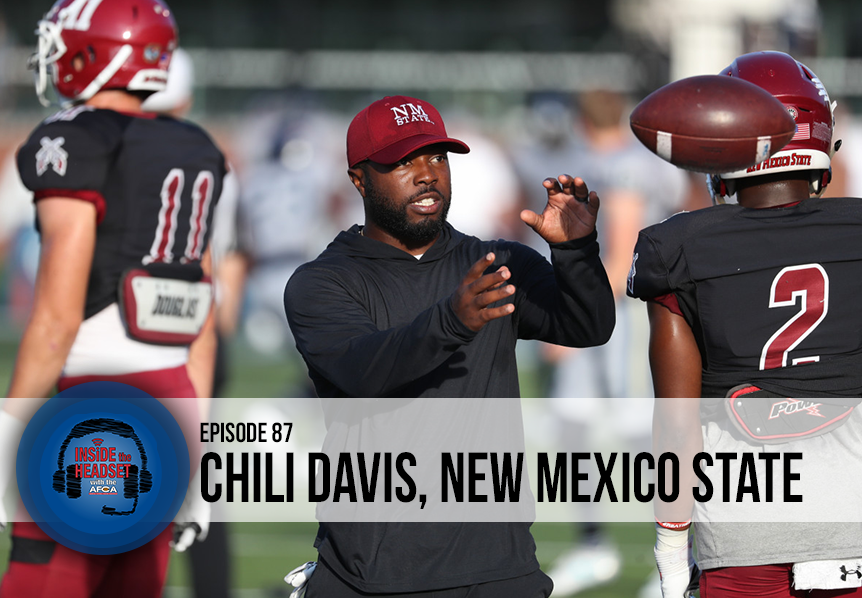 This week on Inside the Headset we speak with Chili Davis, inside wide receivers coach and special teams assistant for New Mexico State University. We discuss his coaching background, what he’s looking for in student-athletes during the recruiting process, and the uniqueness of coaching an FBS independent team.