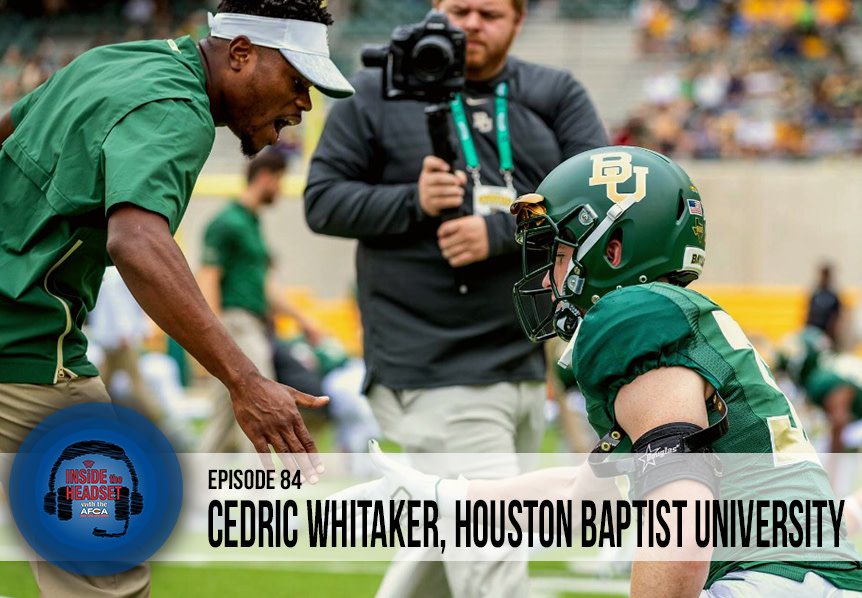 This week on Inside the Headset we speak with Cedric Whitaker, Cornerbacks Coach at Houston Baptist University. We focus on his time as a restricted earnings coach at the Division III level, and his time as a defensive graduate assistant at Baylor. He shares some terrific insights that he gained through his experiences, and some of the major lessons he’s learned along the way.

Cedric Whitaker’s coaching career began in 2015 as a restricted-earnings coach working with the defensive line at Texas Lutheran University, where he had just finished playing. He went on to work with the receivers during the 2016 season, but he also served as a speed and conditioning coach, JV head coach, special teams assistant, academic advisor, and he recruited the Houston area. From there, Coach Whitaker became a defensive graduate assistant at Baylor University working with the secondary (2017-2018). In early 2019, Coach Whitaker joined Houston Baptist University’s staff as the cornerbacks coach.