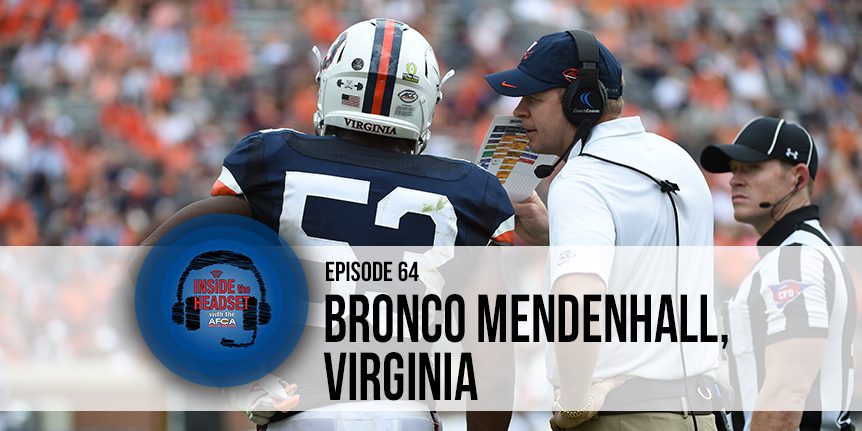 This week on Inside the Headset we are featuring Bronco Mendenhall’s General Session from the 2018 AFCA Convention in Charlotte. Coach Mendenhall spoke on the power of expectations and referenced several studies as he drew connections between coaching and teaching. He also shared several stories from throughout his coaching career, including the Eco-Challenge he created while at New Mexico.