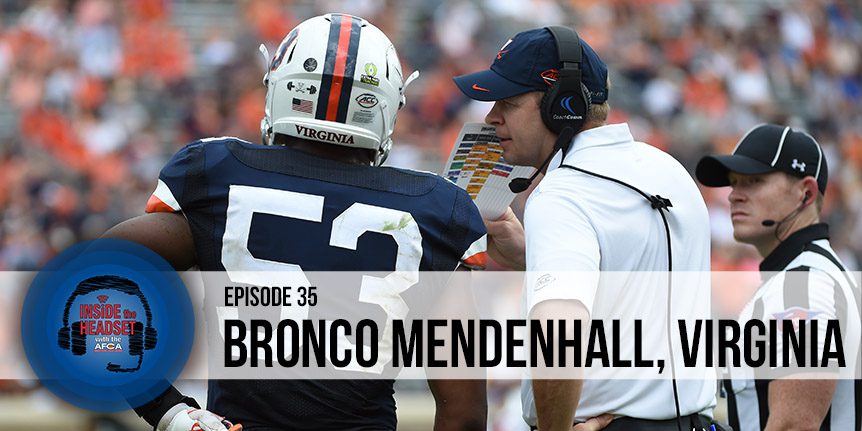 On this episode of Inside the Headset, we speak with Bronco Mendenhall, head coach for the University of Virginia, and Mike Christensen, head coach for Lakewood (Calif.) HS.

Watch @UVACoachBronco as he breaks down the “Power of Exceptions” at the 2018 AFCA Convention. Don’t miss him on this week’s episode of @InsideTheHeadst as well.