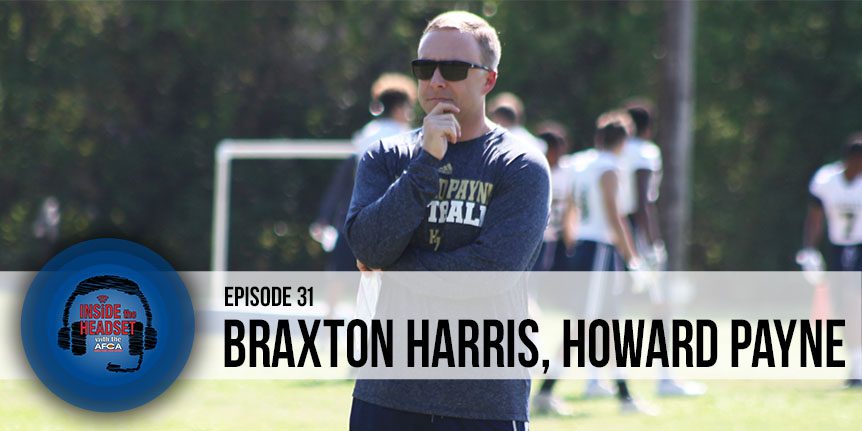 On this episode of Inside the Headset, we are joined by Braxton Harris, head coach for Howard Payne University, to discuss the lessons he learned as a first year head coach, the interview process, and his experience as a member of the AFCA’s 2018 35 Under 35 class.

After serving as a student assistant at his alma mater, the University of Mary-Hardin Baylor, Coach Harris was hired by UMHB to coach wide receivers and serve as the recruiting coordinator (2006-2009). Harris joined the staff at Waco HS (TX) to work with the secondary in 2010 before going to Texas Lutheran University in 2011 to coach defensive ends/linebackers and be the special teams and recruiting coordinator. He was named the assistant head coach and co-defensive coordinator at TLU in 2013 and remained with the team until being named the head coach at HPU in 2017.