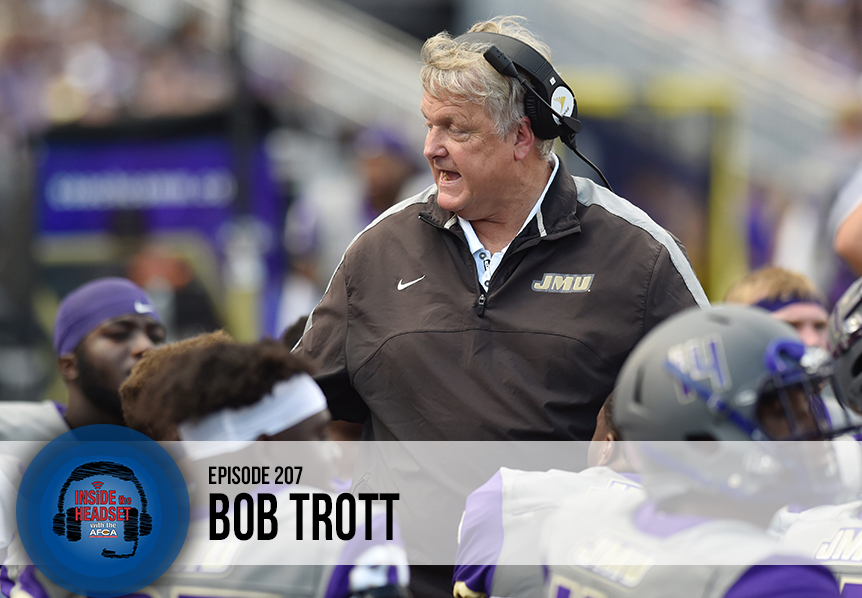 This week on Inside the Headset, we are featuring longtime college coach, Bob Trott. Coach Trott discusses the importance of cultivating relationships throughout your coaching journey, discusses the evolution of recruiting in the college game, and gives advice on how to maintain professional development.

Bob Trott is a former College and NFL coach who most recently spent time as the Defensive Coordinator at East Carolina. His coaching career spans four decades, including 17 years at the FBS level and nine seasons in the NFL. Coach Trott has experienced action in 12 bowl games as either a player or coach. Coach Trott was also Defensive Coordinator and Safeties coach at James Madison for three years (2016-18) prior to ac­cepting the Pirates’ post. Coach Trott groomed seven FCS All-America selections, a national and CAA defensive player-of-the-year choice and 18 all-league picks while at JMU.