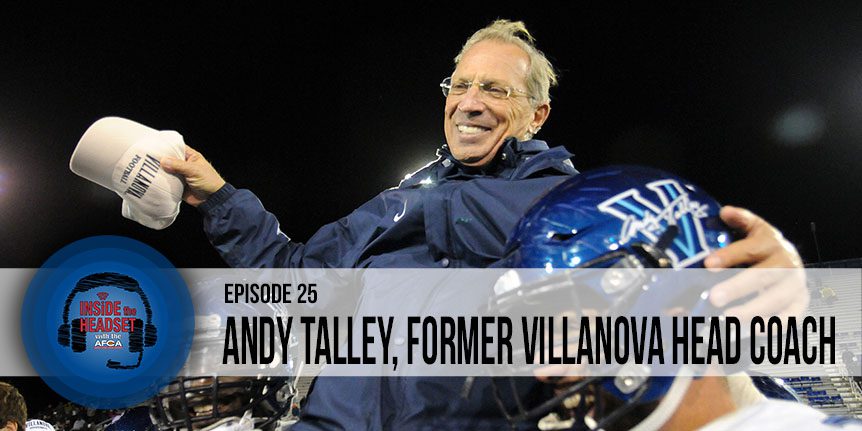 On this episode of Inside the Headset, we are joined by legendary former Villanova head coach, Andy Talley, to discuss the Andy Talley Bone Marrow Foundation, his coaching philosophy, longevity as a coach, building a legacy, and his advice for young coaches.

Coach Talley began his career in 1967 as an assistant high school coach in Connecticut. After stints at Springfield College, Middlebury College, and Brown University, Talley’s first head coaching job was at St. Lawrence University (1979-1983). Then in 1985, Villanova University hired Talley to resurrect their football program after cutting it four years earlier. He led the team for 32 seasons (1985-2016). As a head coach, he had 258 career victories, including a National Championship in 2009. He was honored five times as an AFCA Regional Coach of the Year and two times as an AFCA National Coach of the Year.

Outside of football, Coach Talley has been an advocate of “Be The Match“ for over 25 years, and in 2010 he began the Andy Talley Bone Marrow Foundation.