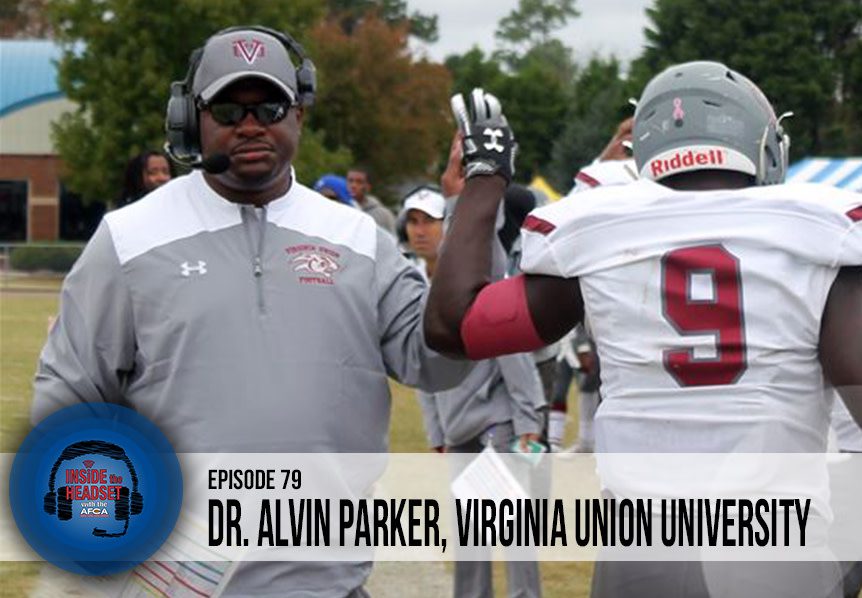 This week on Inside the Headset, we speak with Dr. Alvin Parker, Head Coach for Virginia Union University. We discuss his commitment to education, how he prepared himself to eventually become a head coach, and what he learned during his first season leading a program.