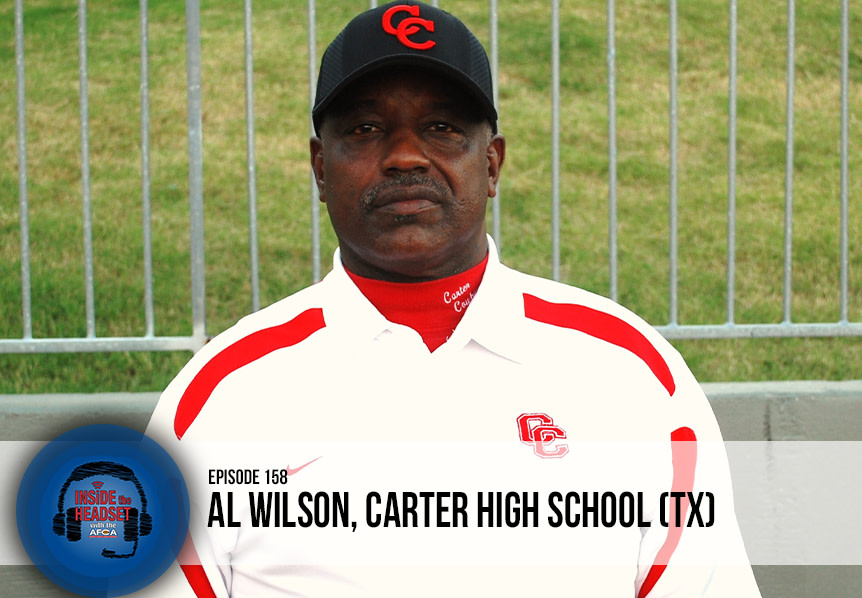 This week on Inside the Headset we are featuring former Dallas Carter High School Head Coach Al Wilson’s session from the 2011 AFCA Convention. Coach Wilson discusses motivating the unmotivated, highlights the importance of developing a sense of purpose, and shares the significance of instilling positive character traits within a program.

In 1994, the Lions finished with a perfect 16-0 record, as well as a state title. Wilson’s Lions appeared in several more playoff games with another state finals appearance in 2000.

After the 2001 season, Wilson moved to Dallas Carter where he finished with a record of 44-5.

After nearly three decades, Wilson finished his career with a record of 246-90-4, and is now a member of the Tyler ISD Athletic Hall of Fame and the Texas High School Coaches Association Hall of Honor.