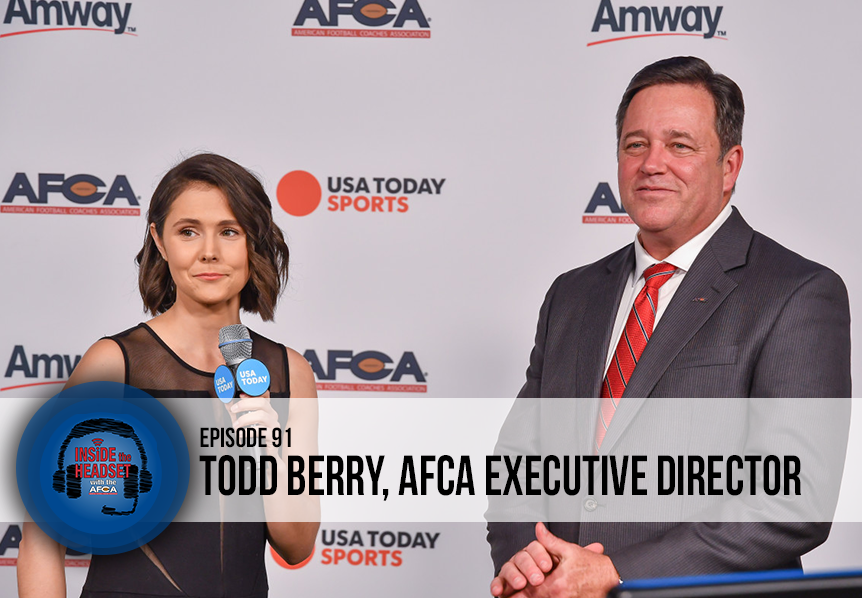 This week on Inside the Headset we sit down with Todd Berry, Executive Director of the AFCA. We discuss the process of taking over a new team as the head coach and everything that goes along with it: establishing culture, developing player buy-in, identifying team leaders, and inspiring hope.