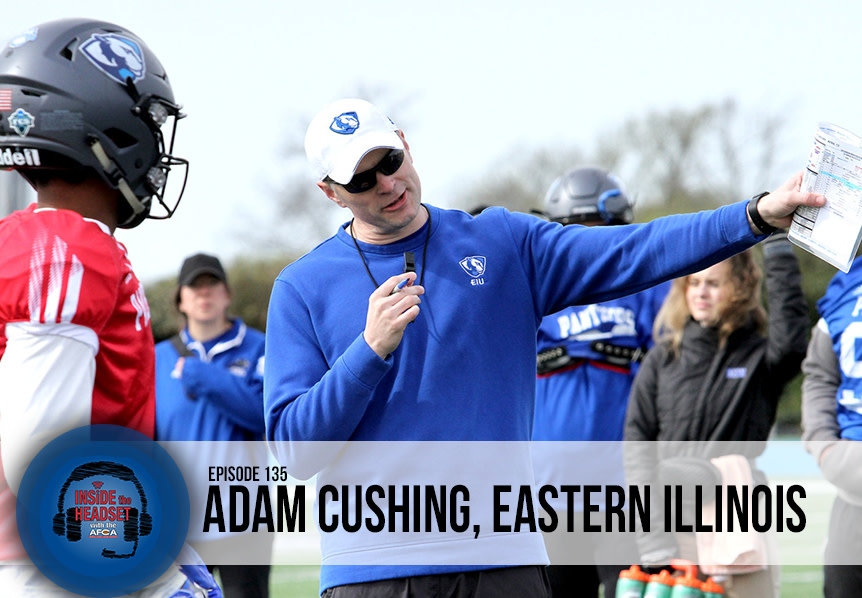 This week on Inside the Headset, we are featuring Eastern Illinois Head Coach, Adam Cushing’s Building Culture Virtual Clinic. Cushing discusses the process of establishing a new culture, the meaning behind “Clarify & Simplify”, as well as the importance of teaching kids how to lead.

Adam Cushing was hired as the 25th head coach in EIU program history on December 9, 2018. He and his staff brought in the biggest Illinois based recruiting class in more than 20 seasons in 2019. Additionally, in his first season, the Panthers ranked 1st in FCS in fourth down conversions. Prior to EIU, Cushing spent 15 years coaching at Northwestern (2004-18), 13 of those seasons under Coach Pat Fitzgerald. Cushing helped the Wildcats win the Big Ten Conference West Division in 2018 (8-1 record). While at Northwestern, Cushing held a multitude of positions, such as the offensive line coach (2009-18), the superbacks coach (2008), tight ends & h-backs coach (2005-07), served as recruiting coordinator (2008-10), and a graduate assistant (2004). Coach Cushing began his coaching career at the University of La Verne coaching the tight ends (2002) and offensive line (2003).