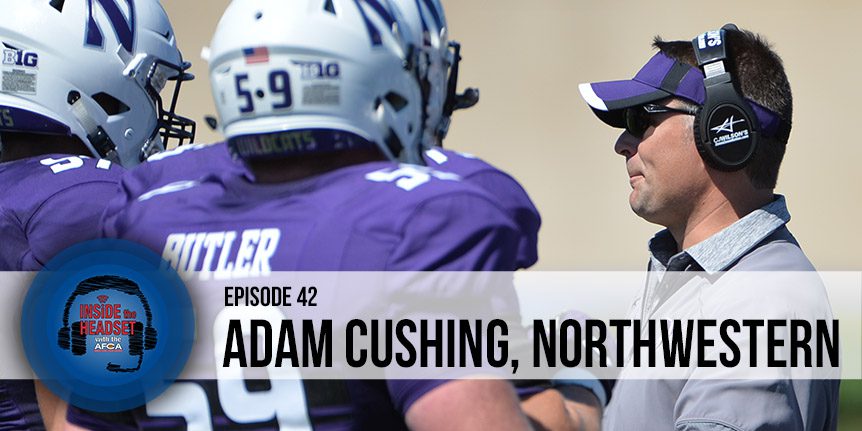 On this episode of Inside the Headset, we speak with Northwestern University’s Offensive Line Coach Adam Cushing about the longevity of the staff at Northwestern, the culture that’s been established in the Wildcats’ program, and his experience presenting at the AFCA’s Skills & Drills.

Coach Cushing’s career began as an assistant coach at the University of La Verne in California (2002-2003). After staying in contact with Northwestern University, he was brought on as a graduate assistant working with the offensive line (2004-2005). Cushing was eventually hired as a full-time assistant to coach the superbacks (2006-2008). In 2009, he was named the offensive line coach and is entering his 10th season at the position and 15th overall with the Wildcats.

It’s wayyy too nice in Chicagoland today to be inside. ☀️☀️☀️

-80 starts already among these 3 men returning for their 5th year.
-2 time bowl Champions
-Blocked for all-time leading rusher in NU history.
MOST IMPORTANT FACT:
-They are now all Northwestern graduates. Proudest day as a coach. pic.twitter.com/G8AfJcvQFq