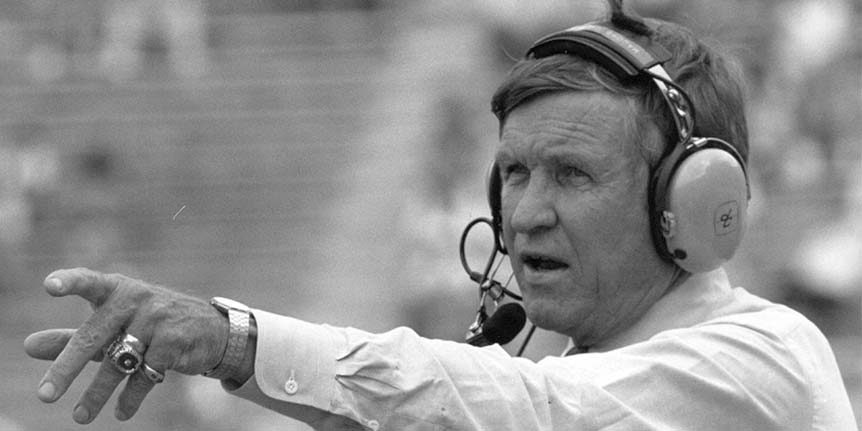 Phases of the kicking game:

D. Punt Return. We give our players a little added motivation; instead of punt return we call it touchdown. Make them believe they are going to score on every return.

I will illustrate only four: Right to right (Diagram 1), Deep onside, Squib, and Onside. Most vital mentally – to start the ball outside your 25-yard line.

You don’t necessarily need to use your starters on the return team. (Even use defensive players.) Sometimes you get better results from using reserves because you are not swapping men who might get injured during the game or season.

Kind of safety needed for return:

I will illustrate two: Middle and Right return.

Coaching Point – Center declares who the kicker is, if the ball is kicked from other than middle. Count your man from the right sideline over. Up Position – Elbows on knees – must point out man!!

When sure of man, be aggressive. When blocking zone, use pass protection.

RELATED ARTICLE: How To Implement Important Fundamentals of Punt Return

We gave our players a little added motivation – instead of punt return, we call it touchdown. Make the players believe that they are going to score on every return.

The main factor of success in any phase of football is confidence and work.

Setting up a return: I will illustrate these two: Regular Speed and 9-Man Front. I will illustrate the following three: Field Goal and Extra Point Protection, Fire, and Fake.

Field Goal Coverage – Spread out and cover the field on the sound of the kick. “Fire” – Holder yells “fire” on bad snap or fumbled hold. This article was written while Coach Majors was at Iowa State and first published in the 1972 AFCA Proceedings Manual.