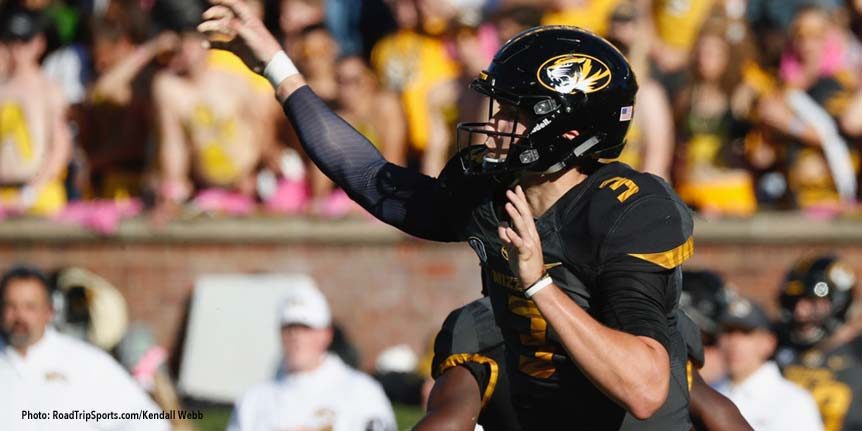 Greensboro College is a small private Division 3 school located in downtown Greensboro, NC.  We are a member institution of the USA South Conference with schools spanning from Alabama, Georgia, Tennessee, North Carolina, and Virginia.  Given our resources as a small school, we strive to find ways to be efficient within our program off and on the field.  One of the ways we focus on offensive efficiency is through our quick passing game.  To start we employ a tried-and-true West Coast Offense Passing staple concept: Y-Stick, and build on its’ ease for the QB to read and its’ efficiency to install.

Originating through the Bill Walsh/Paul Brown inspired West Coast Offense passing structure; the Y-Stick pass concept can be found throughout high school, college, and of course the professional football ranks.  A long stayed passing concept and adaptable at many levels, Y-Stick and its variations hold answers to defeating man and zone coverage with ease for the Quarterback to read and simple route conversions for receivers.

Often times we as Offensive Coaches seek ways to get an easy and efficient completion on a critical situation during a tough game.  We like Y-Stick and its variations for several reasons:

Traditionally the Y-Stick concept involves a Tight End or big-bodied Wide Receiver running the Stick Route, and we do not deviate from that tradition.  In addition, we like to make sure one of our best Wide Receivers is also incorporated in our game planning to run the Stick Route.

Go Route (3 x 1 Y-Stick) – We will use any type of receiver here.  Typically in the QB’s progression, we will only throw here if the receiver is uncovered.  This allows us to put anyone here that can catch the ball since the core of the pass progression is Flat Route to Stick Route (Outside-to-Inside read).

Flat/Out Route – We prefer to use a receiver with good hands, speed, and mobility here.  What we want is a player that will stress the flat defender and expand fast to the flats.  It might not seem like much, but consistently getting this 4-yard completion from this concept creates opportunities to complete the Stick route.

Stick Route – As stated before, we like an athletic Tight End or big-bodied Receiver with good hands.  Also, we like our best Wide Receiver here that can defeat the press from a defender with great release technique.

Short Stick (Hitch) Route – Again we like a big-bodied Receiver or athletic Tight End with good hands here.  This route will have a conversion to fade route versus tight press coverage.  Having a bigger/athletic pass catcher here makes good for a 1 on 1 play if the Quarterback throws here.

As stated above we believe it is best to utilize a full slide (aggressive) pass protection for all these concepts.  Aggressive full slide protection scheme, especially legal cut blocking, accounts for all penetrable gaps and will help get the defensive rushers hands down.  Bottom line for us, we need to properly protect the Quarterback to have a chance of any pass play working successfully.

The Quarterbacks outside to inside progression for this concept will bring his receivers into his line of sight where he can see what is in front of his route runners.  Being able to see and/or anticipate what is in front of his receivers helps to keep the Quarterback from making a bad decision with the ball and ultimately staying out of interception danger – throwing the ball to a receiver without seeing the immediate defender that is in front of that receiver.  We utilize the outside to inside progression for all three versions of the Stick Concepts that we run. We do stress throwing (and completing) the Out Route in Y-Stick and All Stick but for us, the Short Stick Route (Hitch) initiates the progression for the Quarterback.  We feel it is necessary to stress the flats of the defense with this concept.  Once we have presented to the defense that we will throw and complete the ball to the flats it typically opens up the spacing necessary to complete the Stick Route to the inside. For the All Stick concept, we commonly utilize this in a compressed set, though it can be designed in various ways.  A compressed set that reduces the width of a defense allows us to stress the flats immediately with the Out Routes.  Again, this concept is read from outside to inside for the Quarterback. During his drop and post-snap read if the Quarterback determines the Out route is not one he wants to throw his next option is the Stick route.  We emphasize to our Stick Route runner to “Stick & Stay or Run Away” based on the post-snap coverage or leverage of the defense. We value the Y-Stick concept and its variations we use for its’ ease of install and the ability it gives us to utilize our better players or personnel groups.  For us, we find it easy to employ consistent protection rules and we use it as a staple to attack the structure in a defense.  Additionally, we find value in teaching and utilizing a tried and true pass concept from such a legend in our profession that Bill Walsh is.

RELATED ARTICLE: Wrinkles And Twist In The Inside Zone Read

I hope you found this article informative, interesting, and useful for your coaching situation.   It is my firm belief that Y-Stick and the variations discussed here can be successfully executed at any playing level or within any particular style of offense that suits your needs.  On behalf of the coaching staff at Greensboro College, I would like to again thank the AFCA Technical Manual for this opportunity to share.  Lastly, if you have any questions, comments, or additional ideas on this article please feel free to contact me on Twitter @CoachWebb12.