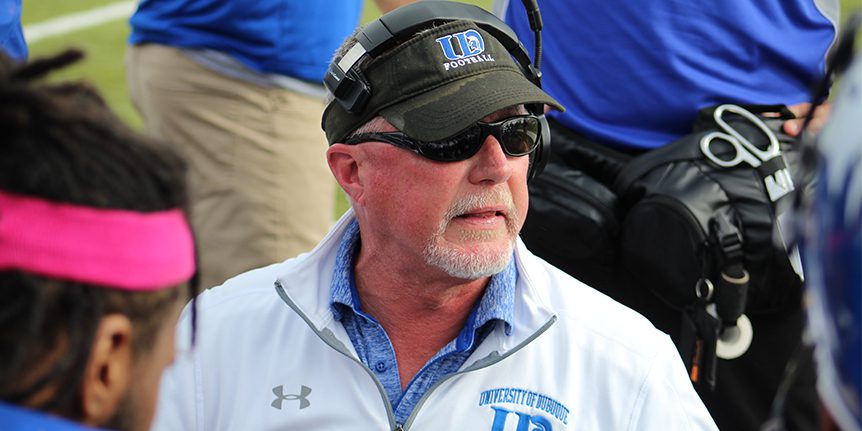 In the game of football there are a multitude of attributes related to success on the scoreboard. Analytics is one of those attributes. However, to believe there are one or two attributes more integral to success than others is foolish.  Allow me to use the analogy of a bicycle wheel (Diagram 1). Think of players as the outer rim of the wheel and the hub as success on the scoreboard. The spokes are the various attributes such as nutrition, training, understanding of offensive/defensive concepts (game education), psychological/motivational aspects, statistical analysis, team dynamics, etc. As any professional cyclist will tell you, if any spoke is weakened, the efficiency of the wheel is diminished. As such, we believe it is important to make sure you are strengthening each and every attribute (or spoke in the wheel) in order for it to be as strong as possible to provide the greatest opportunity for success.

In the area of statistical analysis – or as some call it, analytics – each coach or segment within the program is looking to answer different questions. The most important aspect is to effectively research the questions coaches want answered and, even more importantly, be able to effectively report the findings in such a way that coaches and players are able to understand and utilize the information. We will look at ourselves (self-scout), our opponents, and league tendencies, along with other leagues or levels for factors associated with success on the scoreboard. This information is then used to “teach” the game of football to our players.

Sam Kash Kachigan in his book, Statistical Analysis, An Interdisciplinary Introduction to Univariate and Multivariate Methods, used a basic diagram to simply describe how analytics are utilized (Diagram 2). He began with the world before analysis; then data is collected. This data is then organized and manipulated, after which the data is interpreted. Then you have a new world which begins the process again. Now, what are the questions that need to be answered? While the exact questions will differ for every coach, there are basic questions all coaches should be looking to answer. Here is a list of questions one would ask if they were looking at an opponent’s defense or performing a self-scout of their offense.

Who is our Opponent Offensively?

The astute student of the game will understand that answers to the basic questions will tell a more complete story in specific situations. Yes, while the game is played sequentially, it is best studied thematically. The same thought process would be utilized when studying a defense.

What are the answers to those questions in the following situations?

Furthermore what happens in each of those situations when you add other parameters?

Each of these answers will tell a story about the offense. (You would study the same types of questions and situations when studying a defense.) At this time, one must realize it is highly unlikely any statistic will be 100 percent for one play or target. While I just indicated 100 percent is unrealistic, there can be situations when even the best teams can become predictable. In 2012, the New England Patriots ran over the left side on the first 3-and-1 situation in each of the first 13 games of the regular season. They again did it in game 14 and the 49ers blitz the game for a TFL effectively stalling the first drive of the Patriots.

While the questions within each of these situations will provide a wealth of information, one of the keys again is the ability to organize the data so you are able to answer the questions coaches and players want answered and to have it be understandable at all. The process does require time, especially in terms of labeling each play – the accuracy of which is of upmost importance. However, once the labeling is completed, the time element to provide simple reports occurs rather quickly.

Side note, it is important the individual(s) labeling each play must take an attitude that they are in the notation business and not in analysis mode. This will allow them to quickly go through all the plays. We actually split the responsibilities throughout our defensive staff so each coach has at least a couple of attributes they are charting. We will collect information on myriad categories or aspects of each and every play.

The following chart (Diagram 4) outlines many of the categories we will chart on each play. Note, it is important that charting plays off of video is different from studying an opponent on video. For the sake of time, one must dedicate himself to charting (or looking for specific input information) rather than studying an opponent’s play, etc. We will also chart aspects of the defense the opponent is facing for each play, such as type of front, pressure or not, basic structure of the coverage.

One aspect to keep in mind as you see the various attributes labeled is that it is important to be able to give yourself groupings with meaning. As such, we will have a name for the play, but we will also indicate a concept. So while we may label a play 24 counter, we will also label it as a “gap” play. In the same way, we will label a formation as Trace, but also label it in a formation family of “1 X 2”. All of this will help you organize and give you more meaningful information.

In addition, we are constantly collecting data on ourselves during the course of the season for self-scouting purposes. This self-scout is important as it is the information our opponent is using to study us. The following chart (Diagram 5) is an example of the some of the information we chart on ourselves on a play-to-play basis.

We use the “UD_D Coach” attribute when the defensive coordinator indicates there is another aspect specifically investigated later in the week for a certain opponent.

As Kachigan alluded to, once the information is collected, organized and manipulated, it is important to effectively interpret and report to coaches and players. One of the keys we have found is to create one-page reports. Each page is a synopsis of the important information. While someone will need to analyze the pages upon pages from various reports, it is much easier and time-saving to create one-page reports and provide playlists (clips) to other coaches and players.

In studying an opponent’s offense, we believe it is imperative to thematically study them as we develop the one-page reports. In order to accomplish this one must arrange a series of questions. Think in terms of a matrix.

The matrix (Diagram 6) will give an overview of the offensive philosophy of your opponent within situation. We group plays from the opponent’s pass offense into the following general concepts: One aspect we will always go back and study is how philosophy changes in reference to score differential. We use the following categories to classify each play in a breakdown:

All of this information lends itself to practice emphasis and game planning for the defensive staff and facilitate the “game education” of the players.

One of the most important aspects of football analytics deals with an exhaustive study of what you do! In simple terms, the self-scout. Knowing what you do when and how well you are doing it is essential for improvement. The essence of the self-scout provides insight as to what your opponent is seeing when they are studying you.

As we do with opponent scout, we study the game thematically.

No matter which situation we study, we always look at our success percentage. This is determined by percent of time we “win the down”. For us to win the down defensively, we determine the situations for the following:

An example of this type of information can be found in the following end of the season chart (Diagram 8). This chart studies “where” each pass has been thrown versus our defense. We can also use this format to then study what type of passing play was used in each situation. The chart can be and should be used on a weekly basis. Once you look at the numbers, it is then important to study the corresponding video to determine the reasons why! Again, the list of questions is endless. Your own mind and the minds of your staff have only to be open to the realm of possibilities.

On behalf of the entire coaching staff at the University of Dubuque, we sincerely hope you were able to find a few pieces of information you will be able to use within your program and specifically in your analytics. While we have touched on a number of areas within the world of analytics as it pertains to football, there is much more to this spoke on the wheel towards to success. A special thanks to Mike Eayrs (my mentor) for all your guidance through the years!

Please don’t hesitate to contact us if you have any questions. Best of wishes to all you and use continue to lead young people – teaching life lessons through our great game of football.

Mike Durnin joined the University of Dubuque in January of 2013. He enters his 30th year in the collegiate coaching ranks and serves as the assistant head football coach along with coaching the defensive line at UD. Prior to that, Durnin had been the head football coach at Luther College in Decorah, Iowa, from 2008-2012. Durnin began his carrer at Minnesota State coaching wide receivers and defensive backs. From there he spent two seasons as defensive coordinator at Yankton College and seven years as a coordinator at the University of Puget Sound (4 years defensive, 3 years offensive). He also served as the backfield coach and recruiting coordinator at Illinois State and as the defensive line coach and defensive coordinator at UW-La Crosse .