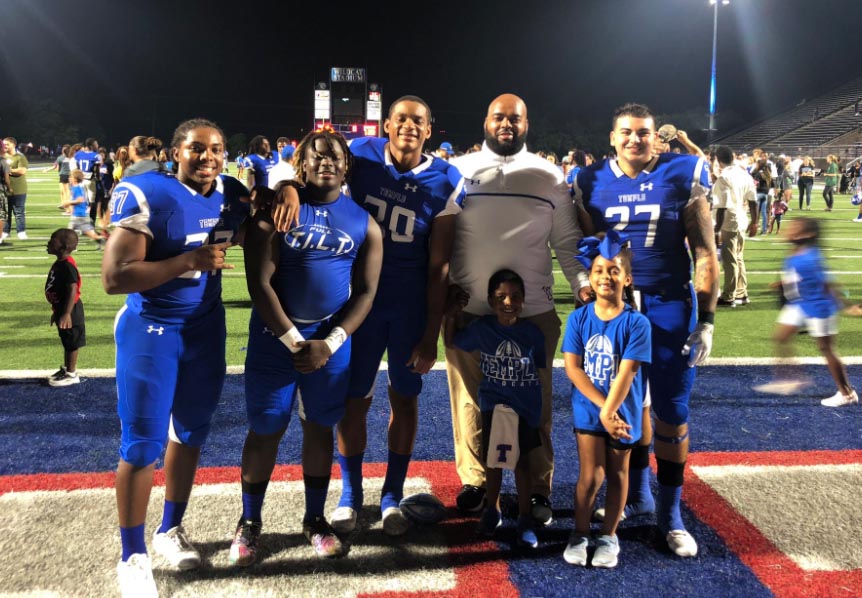 The most noted origination of the term HOGG was given by an offensive line group in the early 1980s. This term was the internal mantra attributed to the level of hard-nosed work in the football trenches. This created a unifying bond that led to the fan base notoriety that swept the nation. This changed the views, importance and brought recognition of offensive linemen that is still observed today in similar terms i.e. trench mob, slobs, big nasties.

As an offensive lineman by position, I understood the importance of the role but had to grow to accept the role. This is true for most linemen due to the lack of glamour of the position. Over the years, I developed a deeper understanding of the position and the inherent truths that included: lack of initial appreciation, the complexity of skillset and necessity of unity. In addition, I recognized that the offensive line was the only sports position that held a sole responsibility to physically protect other players.

As a player in this role, I embraced the reality of becoming a HOGG for the on-field characteristics that people adored, but I also adapted it to a way of life. The redefinition of HOGG is much different than when I first encountered it. It now serves as guiding values for all positions.

To be humble is means not displaying the ego or need for all the attention to surround them. One misconception is that humble is synonymous with weak and untrue. Top competitors can be humble and fierce. As a lineman, all must work together to achieve success. The absence of humility is dysfunctional to the composition of the offensive line group. In life, a humble approach makes you a pleasant and viable contributor to any initiative.

To be an overachiever is the ability of a mental focus on performance at a higher-than-expected level. As a lineman, this approach will affect mental and physical performance in all facets to lead this covenant unit to the highest levels of performance. In life, an overachiever mentality will create an invaluable leader that will yield successful contributions to any focus or organization.

To be gallant is to demonstrate noble bravery to attack and defend with honor. As a lineman, we must be gallant to continue to fight despite matchups or current outcomes. In life, a gallant man is gallant in his decision making and protection of his family.

To be great not only examines one’s size but the unusual degree, power and intensity of an outcome. As a lineman, this greatness is sought after but is directly connected to the expertise and the skill required for a lineman to achieve this status. This can’t be realized without committed work. In life, this is the common pursuit of many from all walks of life. Greatness is uncommon to achieve but the committed pursuit is what makes people unique in life’s journey. The effort to push for greatness will help individuals move closer to reaching personal full potential.

In my lifetime of playing and coaching, the offensive line was more than a position. Becoming a HOGG is a term of endearment, a mantra, and a way of life.

This article was written by Ryan Graves, co-offensive coordinator for Temple (Texas) High School. He can be reached at @HoggLifeCoach.