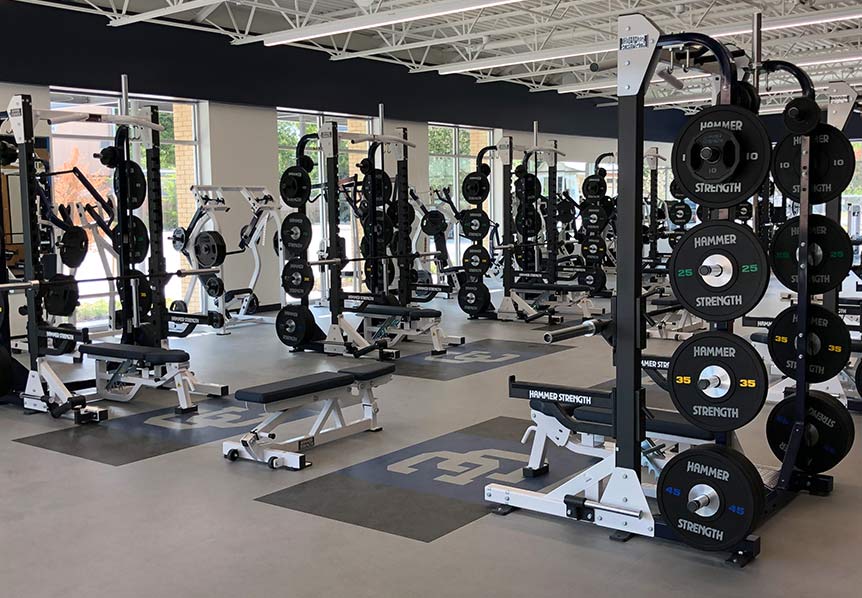 Mike Santiago is a football coach who knows his business. Today, the 65-year-old ’ball coach at Catholic Central Marianist (Texas) High School heads up a football program at the private high school sitting a stone’s throw from the San Antonio Riverwalk. He joined the program in 2017 after a six-year hiatus from coaching, but his football coaching pedigree is above reproach.

“That’s where I built my first weight room,” says Santiago. “I coached the first five years of that program’s existence. When I got there, there was nothing, no football field. I had a desk in a hallway, there wasn’t a football on campus. The first strength coach I hired at UIW was a young man named Caesar Martinez, who is at the University of Oklahoma now. I brought Caesar Martinez to Central Catholic when we first started, and we were working out of the basement of a gym built in 1932. We could fit about 22 kids in there, and all we had was rusted iron.”

Santiago is a big believer in people, first. It was that way with Martinez and with the other coaches with whom he’s worked for decades. Having coached thousands of student-athletes and worked with dozens of coaches, he’s an outstanding judge of character and what makes people tick. When Central Catholic chose to upgrade its facilities in a big way — including the installation of a 4,000 square foot weight training facility — Santiago knew exactly who to call.

After generous donors Bill and Margie Clessie announced their donation to the school and explained they wanted the best facility with the best equipment, Santiago and the folks from Hammer Strength began talking turkey.

“The first thing I believe in is the racks,” says Santiago. “I believe in free weights, so we have 12 racks in here, and we have pull-up bars on those. We’ve got the half racks and we can put four kids in a rack. We also put in all of the Hammer Strength Push/Pull equipment, because you can push most of this weight, but at some point, you have to pull something too.”

An entire circuit of push/pull equipment runs down an entire wall. Both ends of the room include leg equipment and glute/ ham machines.

“Then, we have our free weights in the middle, three racks of dumbbells from 20 pounds to 100 pounds,” says Santiago. “Then, we brought in other coaches too, from other sports. They wanted Life Fitness pulley machines where you can do over 200 exercises.

“We talk about mind, body and soul here at Central Catholic, and we really wanted this weight room to reflect that.”

As a private high school, recruiting families to attend the school is incredibly important. Before the weight room was built, Santiago, donors and administrators discussed the idea of the weight room — and other nearby facilities — acting as a focal point for recruiting tours.

“We talk about keeping this place ‘recruiting ready’ all the time,” says Santiago. “We’re a private school — a tour just came through here — and this is one of the places those tours come to. If you’re the father of an eighth-grade quarterback, this weight room is something to see. You don’t see this in a lot colleges. We did the same thing at the UIW. You never know who’s going to walk into this building so it’s always kept very neat.

“On top of everything else, that’s what Hammer Strength does for you. They give you a focal point. When I was semi-retired, I travelled the state of Texas as a West Coast Sales Manager for another organization. I’ve travelled all over the West, and I’ve seen Hammer Strength in more high school facilities than I can count. You go up Interstate 83 in the Valley of Texas, it’s nothing but Hammer Strength facilities, and they’re gorgeous. You can add Central Catholic to that list of gorgeous facilities.”