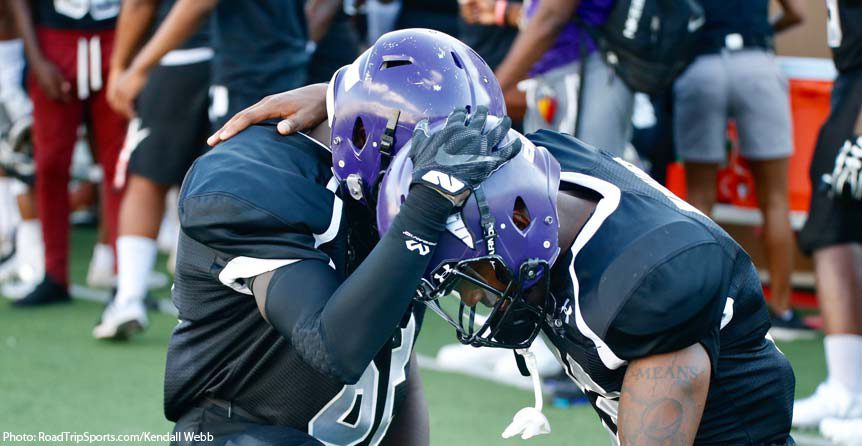 The game of football has come under attack in recent years. Whether bringing to light the misdeeds of certain individuals involved in the game (while ignoring the thousands whose behavior is exemplary) or over-publicizing the injury aspect of the game, it seems that the agenda of some of the public centers around the negative aspects of the sport. While, certainly, player/coach behavior is to be held to a high standard and injury prevention must be a priority, I am one who thinks football matters now more than ever. In a society with ever-lowering standards, a game that demands sacrifice, hard work, teamwork, and dealing with disappointment, is a key part of our nation’s future.

There are thousands of success stories involving people in all walks of life who owe their path to lessons learned playing the game. The real value of football is not about preparing its players for an opportunity to play at the professional level. The overwhelming majority never play beyond the high school level. Rather, it is the relationships that players build with their teammates and coaches and the unique culture that the game of football exposes them to that makes football matter. Young men who otherwise may never have interacted are forced to learn to not only coexist with one another, but also to learn to excel together. In short, they learn that if it is going to get done, then they must work together.

Race, socioeconomic status, and material possessions do not count when teammates are gasping for air in an off-season drill. When several are simultaneously hunched over a trash can, they don’t care about the background of the guy next to them. What kind of car one drives, what color one’s skin is, whether he is a friend or not, no longer matters. They learn that all vomit smells bad, no matter whose body it came from.

Players learn, grudgingly at first, to respect one another and rely on one another for the whole team’s success. When the bullets are flying in the heat of a game, players want/need men beside them that they have seen pay a high price to be there. They need teammates that they are certain will compete fiercely.

The game also exposes young men to coaches who direct them, who serve as role models, and who instill confidence. When one acquires confidence, it is life-changing. Consider the story of a certain player in 1940s East Texas. This young man’s father passes away in a boating accident. He and his mother then have to move back to her hometown to start over. Without a male figure in the house, interest in school and sports begins to wane. There is a strong possibility of an unfulfilled life for him.

The town’s head football coach gets wind of the situation and begins to take an interest in the boy. His encouragement eventually leads the young man to join the football program. Several years later, playing high school football affords the young man the chance to play college football.

He then becomes the first ever in the family to attend college. He graduates with a degree in education with the goal of becoming a high school football coach. He wants very much to be like the man who gave him the much needed direction that set him on this path.

This young man then marries and has two sons. He becomes a head football coach very early in his career. He touches thousands of lives over the course of a 17-year head coaching career. Both of his sons enter the coaching profession. They too become head football coaches. Between them, they have three sons of their own. All three of those grandsons become football coaches.

Does football matter? It mattered in this very real and true story. The young man in the story is my father – Glenn Hill. So from Glenn Hill’s high school coach (Mance Park) to Glenn Hill to Glenn Hill’s two sons to Glenn Hill’s three grandsons, one could say that encouraging that young man to get in the football program in Huntsville, Texas, in the 1940s had a quite powerful effect. You would have a hard time convincing the Hill family that football isn’t important.

I only met Coach Park once. When I was a young boy, my dad took me around to see him. I was too young to understand why my dad thought it was so important that I meet him. If I had known then what I know now, I would have bowed down humbly. The ripple effect of 1940s football in Huntsville, Texas, is still being felt today.

But certainly there have been others in this great game who also have had a powerful influence on me. The date of Tuesday, September 18, 1979, changed my life. On that date, two men’s approach centering around a single event altered how I’ve lived and how I’ve coached.

After Monday’s practice, we were informed by the head coach that the quarterbacks were to meet with him the next morning prior to going to class. I remember being very nervous about what was to come. Early the next morning I called my father and, in so many words, expressed to him a lack of belief in myself, my abilities, and my qualifications to be a college quarterback. It would be an understatement to say that I was not looking forward to the meeting. I felt certain that I was about to be informed that I would be the backup quarterback for the rest of the season. My dad listened, offered encouragement, and sent me on my way with a stiff upper lip.

I don’t remember much about the early part of the meeting as it was just the usual details of a coach conveying X’s and O’s to his players. But as the meeting ended, I was asked to stay behind. To this day, I still remember his words very clearly, just one sentence, very few words – “Larry, beginning now, you are our starting quarterback.”

I was stunned, thrilled, and nervous all at the same time. I thanked him and then left the room. After taking a few steps, I turned around and came back to the coach’s office and thanked him again. I stated that I was certain that I could do the job and assured him that I wouldn’t let him down.

His reply made the hair on the back of my neck stand straight out. “I already know you can do the job or I wouldn’t be asking you to do it.”

He believed in me. Prior to the meeting, I didn’t even believe in me. I hustled back to the phone to call my dad. He was quite naturally puzzled by my new outlook because just an hour earlier I had been so downcast. My “can’t do” had suddenly turned into a “will do.” Why? Because one man had instilled in me some confidence that I had been lacking.

The coach in the story is Joe George. He recently retired after a 48-year career in coaching. No doubt there are countless stories like mine that many of his former players can attest to.

But there’s more to the story than this. One player winning the starting quarterback position meant that someone else did not win the job. Obviously at some point during the same day, the senior quarterback had the same information conveyed to him. I don’t know how that conversation went – it couldn’t have been an easy thing to tell or to hear.

My elation was soon tempered with uneasiness as the afternoon practice approached. I began to realize that my elation meant disappointment for another. I was nervous about the rest of the team’s reaction to this news. For weeks we had operated with two huddles running plays alternately at the same time. I had been with the second huddle. Today I would be with the first huddle. I suddenly realized that I’d be the only freshmen in the first huddle – many of the others in the huddle were friends of his who’d been to war with him many times before. I was the new kid.

How would this go? I stood back not knowing exactly how to approach this. What happened next was a lesson in humility and class. The senior approached the first huddle and said in a loud and firm voice, “This huddle now has a new quarterback. Play your butt off for him.”

In the years that have passed since that time, I’ve sometimes wondered if I would have done the same thing if the roles were reversed? The answer is probably no. Not at that point in my life. But I got to see first-hand how one deals with hurt and disappointment, how one puts the team first, and how important team chemistry is.

I don’t believe I’ve ever respected another person more than I did Dean Herbort on that day. I’ve tried to remember that lesson throughout my coaching career. If you fall short, don’t blame referees or point out your team’s shortcomings (turnovers, lack of players, etc.). Instead praise and congratulate the opponent, go back to work, do your best.

Joe George, Dean Herbort, September 18, 1979. You’d have a hard time convincing me that we should de-emphasize football. Are there other arenas where these types of values are taught ? Perhaps. But I don’t know of one that does it as well. Everyone who has ever played or coached football knows that the lessons learned from the game are why there are so many successful journeys for players when their playing days end.

So does football matter? I believe it does. Football matters to me. I think it matters to a lot of people. There’s too much evidence that points to its value. So let’s improve the game, let’s hold its players and coaches to high standards, let’s make the changes needed to improve player safety, and let’s pave the way for future generations to have the same great stories and learn the same great lessons that we all have learned. Football matters.

This article was written by Larry Hill, head coach, Smithson Valley (Texas) High School. For more information about how football affects student-athletes beyond the game, check out our archives.