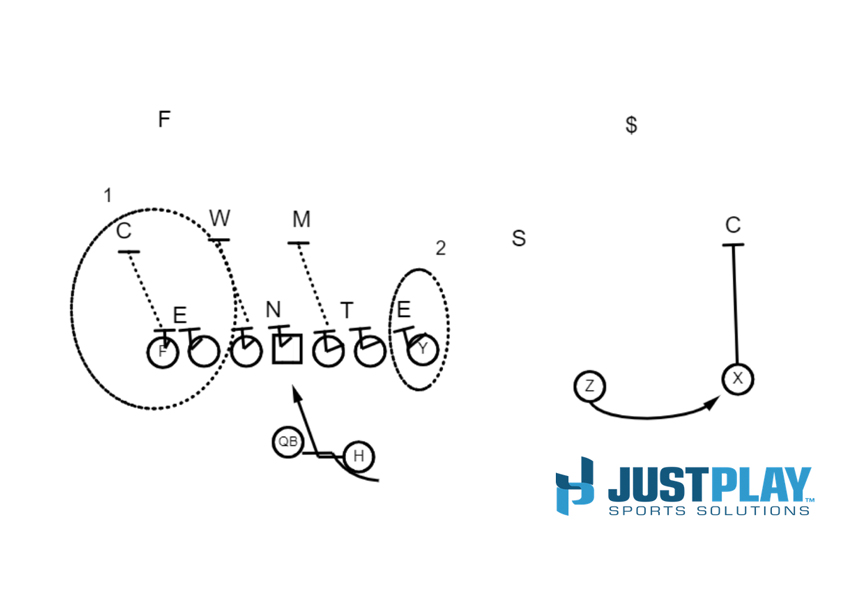 I was the tight ends coach as a senior in college. In between my experiences as a tight ends coach, I spent two seasons as a graduate assistant at Ball State. I worked with wide receivers in my first season and the offensive line in my second season.

During the 2014 season, I worked on the defensive side of the ball as a defensive assistant at Yale University. The goal of this article is to provide coaches with a couple of basic principles with which to start to coach the tight end position or to help someone who has specialized in the run game and wishes to learn more about the pass game, or vice versa.

With that goal in mind we will explore some of the fundamentals that we teach at the University of Maine in both the run and pass game at the tight end position.

Tight Ends In The Run Game

At the University of Maine the basics in the run game start with Inside Zone. For the sake of this article, it is safe to assume every drawing is drawn on the offensive left hash. We will start with Inside Zone because it is a very common play. It is extremely common out of a 3×1 formation to be run into the boundary. When we run inside zone, we will be stepping with our play side foot and blocking our play side gap. Our aiming point is the play side number when we are covered. When we are uncovered the aiming point is the backside number to the sternum of the next down lineman play side. 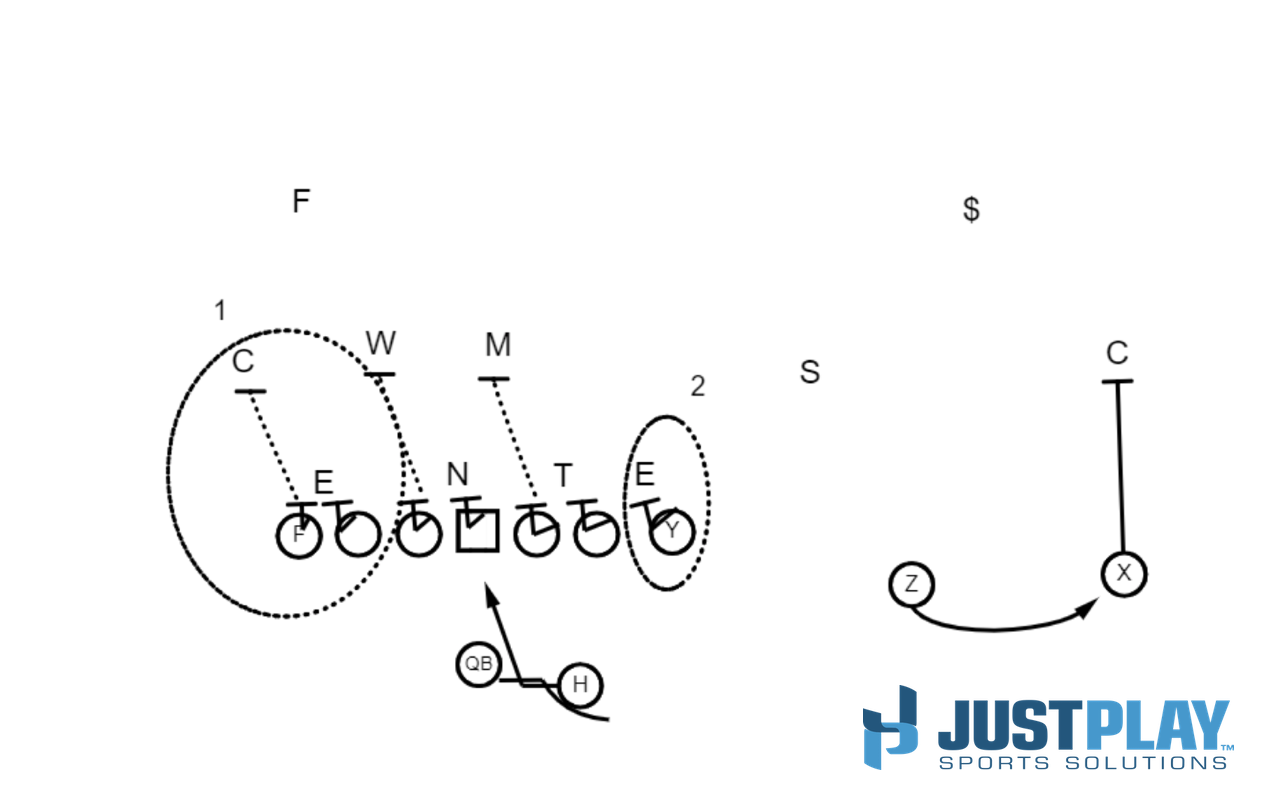 Diagram 1 – 12 Personnel 3X1 Inside Zone Into The Boundary

At the tight end position, individual practice time is often limited. You tend to spend a lot of time with the QBs and offensive line. Incorporating base run game footwork into the warm-up can be an extremely useful way to save time. 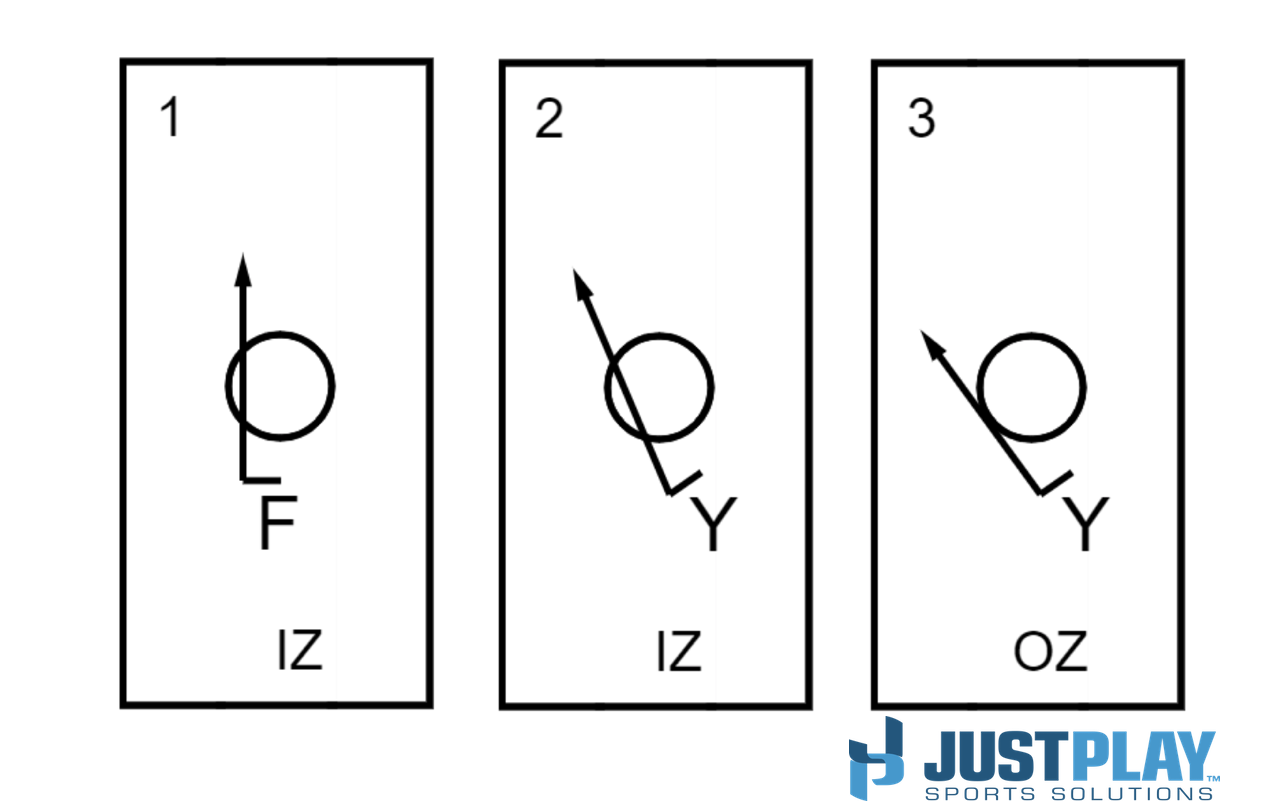 A lot of people will use boards for their footwork. We use rolled up and taped towels. A board often encourages too large a first step. When we do our daily towel drills, we start with the footwork labeled by the number 1 and then number 2. The third and final towel progression we will work is our outside zone footwork.

Diagram 1 shows the technique the F uses on the front side of our inside zone play with a 7 technique and a stacked second level defender. As previously stated, his aiming point when covered is through the defender’s play side number. His first step will be a flat and lateral step with his left foot over the towel. It is a 6-inch step to the left. He will then run down the towel, keeping a base. We are trying to encourage fast feet, getting all our cleats in the ground and keeping our feet underneath us.

In the second drill in the progression we will angle the towel at a 45-degree angle. Our left foot will start against the towel. On the snap we will step over the towel, open our hips and run the towel on that 45-degree angle. In order to open our hips we will lose ground as we step over the towel. Again, we are trying to encourage fast, 6-inch steps with a base as we run the towel. This is illustrated in picture 2 of Diagram 2 and on the backside of our original inside zone in Diagram 1. 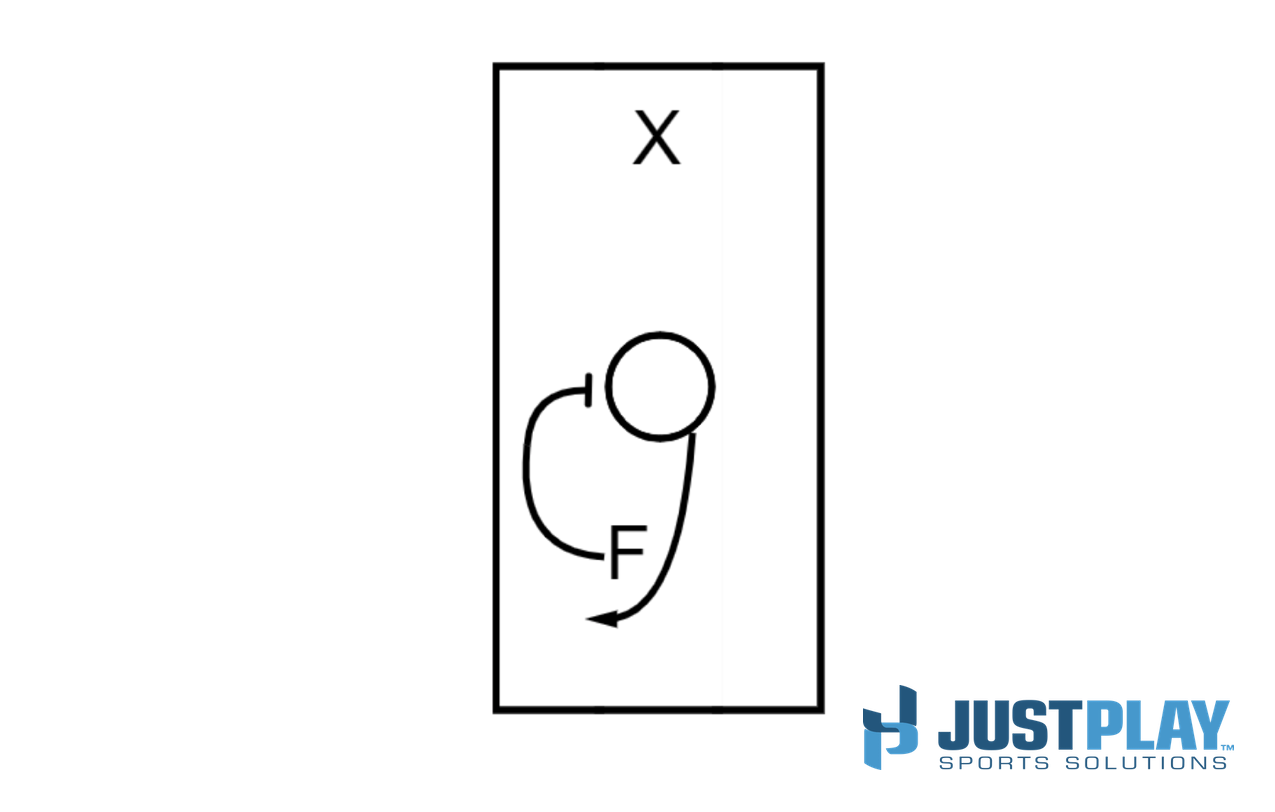 Diagram 3 – The Dangers Of Scooping

The third diagram illustrates our footwork on outside zone. The defender is in the same place as on inside zone, but because we are running outside zone the aiming point is now the armpit. The tight end will have to go even further than in diagram 2, so he must lose even more ground to open his hip on his first step. On outside zone we are less concerned with our base and more concerned about our tempo and running off the ball. Again, we are still trying to work through the aiming point.

On both inside and outside zone, it is extremely important for tight ends to understand that we are trying to drive through those aiming points and we are not trying to scoop those blocks. By trying to scoop the block we can expose ourselves to being back-doored.

Tight Ends In The Pass Game

One of the most common drop back concepts I have been exposed to has been the Drive Concept (or Shallow Basic Concept). There are a lot of variations in formation and routes from the other receivers on the play that I have seen run to manipulate coverage in different ways. The route can be broken up into a couple of sections for the sake of teaching. We talk about the release, the stem and the top of the route. 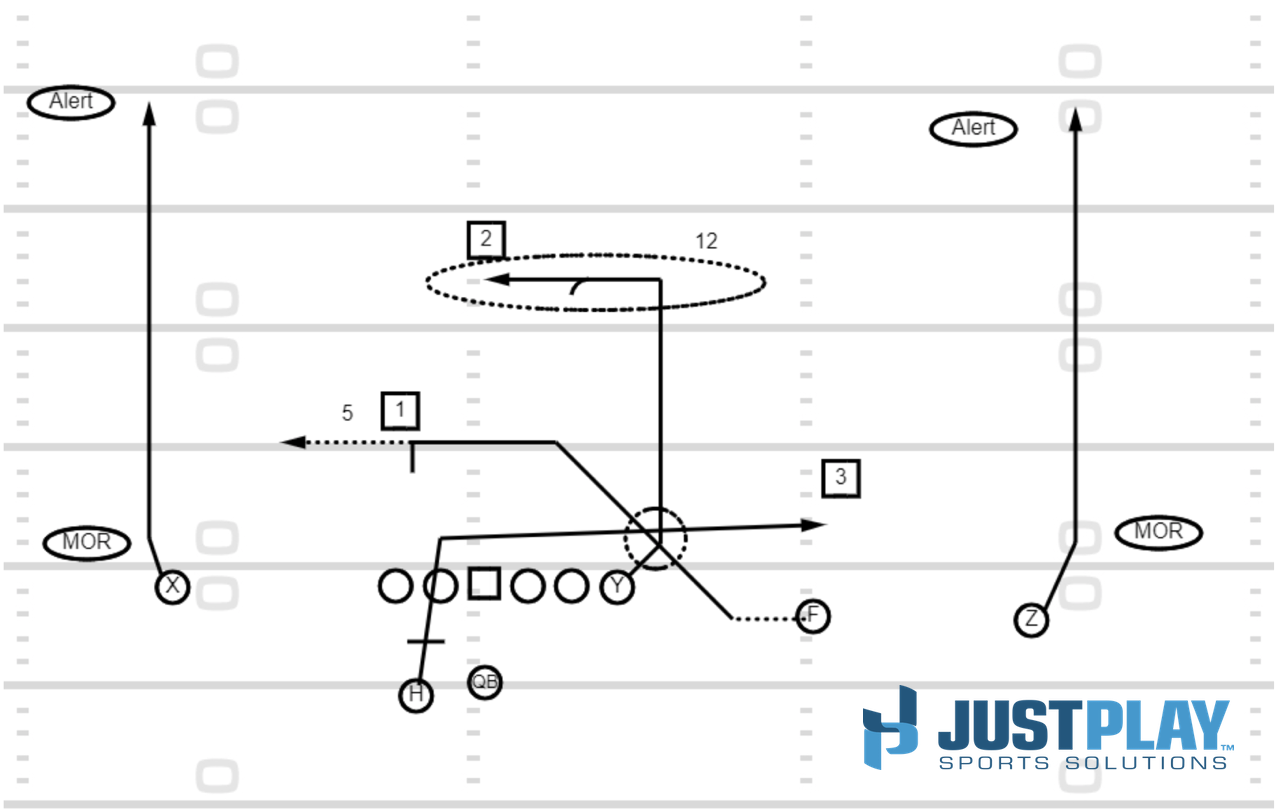 We teach two simple release techniques: a speed release (rip and run) and a jab swat release. We tend to avoid the arm over because players have a tendency to want to try to “swim” and in doing so, expose their ribs to the defender.

When we are teaching the jab and swat release, it is similar to a crossover move in basketball. The harder the jab step, the better the sell is. The move should look fluid and have some rhythm to it. The swat is designed to hit the wrist but may land on the hands or the forearm. The more violent the swat the better. We still want to rip and run after the jab and swat.

The stem will be based on the route. In the case of our drive concept, we want to gain width to prevent us from being in the same line of vision as the shallow for the quarterback. If we have a 9 technique on our outside shoulder and we release inside, we want to make sure to stack back on top and continue to gain width during our stem.

This is often a difficult concept to understand. The idea is that you release inside based on the leverage of the defender and still work for width in the stem of my route.

The stem of our route, in addition to putting us in a different window for the quarterback, can also act as a nice rub for the shallow runner. That little rub will primarily happen in man coverage and is something that does not need to be stressed to the tight end as it will not always happen because the defense is not always playing man coverage.

The Top Of The Route

When we talk about the top of the route there are really three scenarios that can arise:

2. Based on our release and our stem, breaking to the left with the defender on our left shoulder. This would be a situation in which we do not have leverage. If we don’t have leverage and the defender is tight to our body, we will try to get the defender to flip his hips, throw him by and break underneath and across the defender’s body.

3. In a soft zone, there is no defender tight to our body to throw by or chicken wing off of, and we can make our cut. It is critical once you have made your cut to break flat or negatively back towards the quarterback to protect yourself from the backside safety, especially in any 3 by 1 formation. Drifting up the field instead of breaking flat across can cause you to take a big collision or worse: have the ball get intercepted. In a situation where it is soft zone coverage you can throttle in the throwing window.

This article was written by Dean Petzing, Tight Ends Coach, University of Maine.