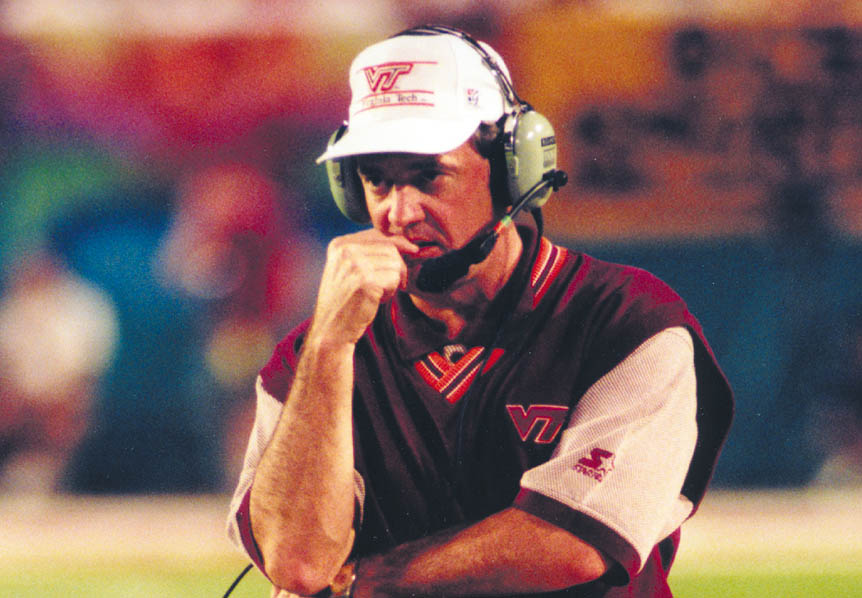 Virginia Tech played 103 seasons of football before 1987 and only won one bowl game in six tries. Frank Beamer took over the Hokies in 1987 and when his 29-season run ended at the conclusion of the 2015 campaign, Virginia Tech had appeared in 23 consecutive bowl games.

It’s clear Beamer is synonymous with Virginia Tech football as he built the foundation for the program’s prominence and launched the Hokies into the national conversation during the last few decades.

“There are very few programs that you can change the status of the program, but Virginia Tech is thought of differently today than we were 15, 20, 25 years ago,” Beamer says. “I’d like to think we changed the status of Virginia Tech but we also did it the right way.”

Beamer says “the right way” means the players and coaches worked hard, conducted their business within the rules and remained respectful of all competitors. He says these are the foundations upon which the Hokie program now stands.

“You have to be respectful of other people. You may not agree on things but you respect their opinion. You work hard but you always are going to be honest in how you go about your work,” he explains. “Those are the foundations. It’s not going to change. In the end, the people you played against, did they respect you and did they think you did it the right way? That is fundamentally important.”

Beamer’s teams were respected not because they won every game – although he did finish his career with 280 victories – but for how they responded to adversity.

“Relentless is a word I always loved. We were always going to come back,” Beamer says. “Regardless of what happened the play before, we always came back and played with as much effort as we possibly could.”

Beyond the wins on the field and the respect of his opponents, Beamer lasted 43 years in the coaching profession – with stops at Maryland, The Citadel and Murray State before Virginia Tech – because of the quality time and influence he had with players.

He says competing and taking the field on Saturdays are feelings that are tough to describe but “the real highlight of this business is being around the people and the players.” Beamer loves college coaching due to the opportunity to positively affect a player’s life for decades.

“At this age, it’s an age when they really start thinking about who they are, where they are going and how they are preparing to get there,” Beamer explains. “The effect you have on people’s lives and what they become is the real satisfaction in coaching.”

That effect is something coaches cannot take lightly. Whether it’s realized or not, players constantly are looking toward their leaders and role models to mirror their behaviors, especially if they come from a less-than-ideal home situation.

“They’re looking for someone to follow. Their home life may not be as stable as you would like,” Beamer says. “In a lot of cases, they’re just looking for the right thing to do and the right way to act. You must be an example. You can’t say one thing and act another, and expect to have any influence over players.”