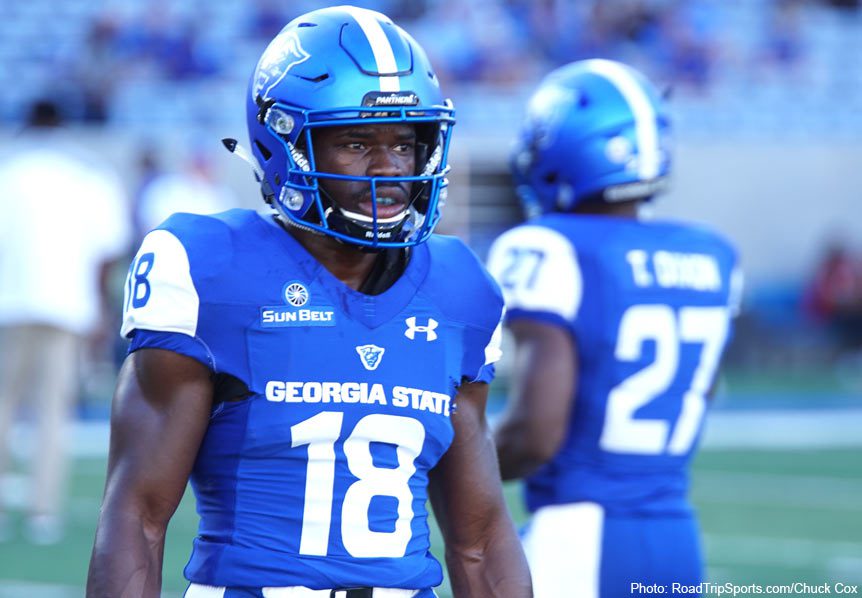 Football coaches like to be in control. They excel at teaching players how to execute their assignments to their full potential and work within the established scheme to produce consistent results. But what about all of the factors beyond a coach’s control, meaning factors like a player’s nutrition?

Coaches attempt to mitigate the negative effects of factors like poor officiating, inclement weather and injuries, but sometimes there isn’t much a coach can do to combat these issues.

Strength and conditioning coaches deal with similar hurdles in the weight room. It can be a constant struggle to keep players at their ideal weight, properly rested and recovered, and motivated to excel in their training.

Former Georgia Tech director of player development for football, John Sisk, embraces the challenge of helping his players operate at peak performance. He says one of the primary goals of his staff is teaching players how to take care of their bodies when they aren’t around the coaching staff. In January 2019, Sisk was hired as Head Football Strength Coach at Georgia State University.

“If you want to be great you have to work when no one is watching,” Sisk says. “Not just on your skill development, but on how you eat every day, and how you recover, and getting your sleep. That’s stuff we as coaches cannot control.”

For the most part, players at the college level are used to conducting themselves properly within the football environment, but sometimes have a hard time making good decisions when they are away from the positive influence of their coaches.

Players often think about training from a flawed perspective. Many feel like the hard work begins and ends in the weight room or on the practice field, but coaches know that being an elite player is a 24-7 commitment.

Sisk says his staff teaches players about proper nutrition as the first step toward empowering them to take care of their own bodies. Good eating habits not only make a lasting impression on the lifestyle of players, they also give players a competitive advantage.

“It’s hard to outwork people, because everybody has nice weight rooms now, and everybody has strength coaches at the collegiate level,” Sisk says. “The thing our athletes have a chance to be great at is how they eat.”

Competition has forced football programs to evolve in so many areas. The scheme on the field, technique in the weight room, and the quality of technology, equipment and facilities has improved drastically since the game’s inception. The food players eat and the way they consume it, on the other hand, hasn’t improved at the same pace.

The improvement of nutrition has been lagging behind for a good reason in many cases – good food has been slowing down progress for many players. Coaches wrestle with convincing players that food that tastes good, but isn’t necessarily good for you, isn’t the right choice. Sisk says when it comes to home cooking, it’s a particularly slippery slope.

“We’re all human beings and there’s a lot of moms that cook very good food,” Sisk says. “You can’t go back home and say, ‘I’m not going to eat that.’ Moms would respond, ‘Well you ate it for 19 years of your life, but now you can’t eat my food?”

Sisk toes the line between encouraging healthy behaviors and the impossible task of convincing players not to indulge in the foods they love. His solutions consist of smart compromises and educating players on how to eat for peak performance.

Compromise becomes easier when coaches tell players how and why to eat the right things, rather than what they can’t or shouldn’t eat. Players need coaches to show them what to eat, instead of telling them. Sisk and his staff call this concept “performance plates.” They put example plates of food together, and give the players options of how to mix and match what they like, while still giving their body exactly what it needs.

Showing players what to eat and what a performance plate looks like also involves showing them how to shop for food. Players can’t, and more importantly won’t, get everything they eat straight from the school’s meal program or nutrition bar.

Sisk and his staff put the extra effort in to show players exactly where to look to find what they need at reasonable prices, and where to make cuts when time or budget restrains players from making the best choices.

“When you go to the grocery store and take players shopping, the worst stuff is in the front of the store,” Sisk says. “So when they get a chance to buy their own groceries, are they buying the correct stuff?”

When coaches arm players early on with the knowledge they need to make good decisions about how they are fueling their body, it pays dividends for the rest of their athletic career. Coaches wouldn’t expect players to know how to execute a complex lift or technique on the field without demonstrating it, but somehow programs all over the country fail to demonstrate proper nutrition to their players, year after year.

There’s no easy way to gain a competitive advantage once an athlete is in the weight room. A 45-pound plate will always weigh 45 pounds, but the plates athletes are using at the dinner table can make all the difference. If coaches are looking for an untapped competitive advantage, nutrition is a great place to start.

Sisk also helps his players to become better athletes by taking an active role in their rest and recovery habits. The football season demands a lot from a player’s body, and while the training staff is able to provide tremendous support for players, they cannot be with them around the clock.

Sisk says he tries to encourage good habits during the time he has with players, in the hopes they will continue them on their own. Coaches often tell players to get a good night’s sleep, but don’t actively encourage them to do so, or show them how to improve their sleeping environment.

Sisk doesn’t force players to do anything, but without positive reinforcement, some players never develop good sleeping habits. A well-rested player trains harder, fostering growth and increasing performance. The clear competitive advantage is enough to motivate players, but only if coaches are willing to take the time to demonstrate the importance.

Aside from actively encouraging the proper rest and recovery routine during the season, Sisk also tells his players to take advantage of every opportunity to get away from training or practice. Once the season starts, these opportunities are few and far between.

“I tell our players that if they do what they are asked to do, and we have the kind of season we can have and want to have, we aren’t going to get a lot of breaks,” Sisk says. “So when we take a break – take a break. Get away from it. During the summer when we have a weekend where guys can get away – get away from it.

“This generation multi-tasks tremendously. They have to process a lot of stuff over and over and over, and I don’t think they ever get away from it.”

Sisk tells his players to get out of the weight room and away from the practice facilities when there is a rare opportunity to do so. He also says players should spend time with the people who support and inspire them to be successful, and enjoy themselves.

If coaches will add these simple off-the-field techniques to their toolbox, the culture of their program will reap the benefits of players who look after themselves when no one is looking.