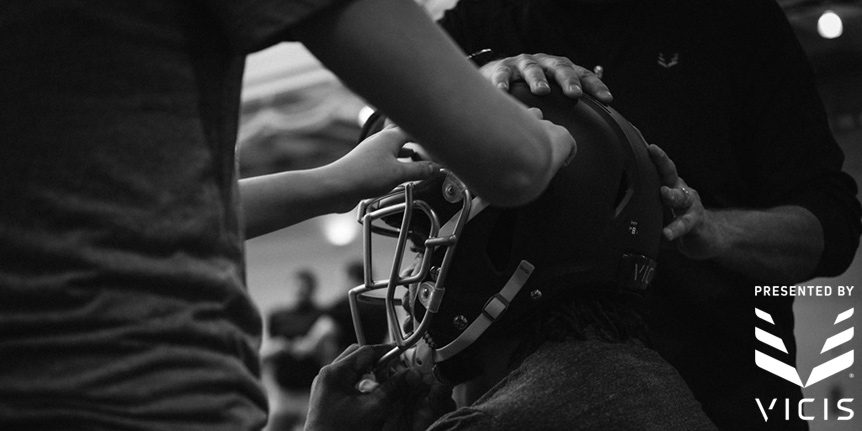 Over the last several years, the NFL and NFLPA has released the results of its laboratory study that assesses the performance of football helmets worn by NFL players. Virginia Tech, which has been rating helmets since 2012, recently updated its testing to include both rotational and linear forces, and these rankings apply to helmets worn by high school and college football players. These helmet rankings are important and certainly create a buzz among interested parties, including coaches, players, and equipment managers.

The goal of the NFL/NFLPA study is to determine which helmets best reduced head-impact severity under laboratory conditions simulating concussion-causing impacts sustained by NFL players during games. In 2018, the independent testing laboratory conducting the tests – Biokinetics Inc. of Ottawa, Canada – involved 34 helmet models, which account for the helmets worn by 98 percent of NFL players. The study measures rotational velocity and acceleration as part of a combined metric to evaluate helmets. In fact, the NFL/NFLPA is the first of its kind to adopt rotational measures in its analysis.

This is important, because rotational forces may be one of the most important factors behind the severity of any head injury, depending upon which expert you talk to.

The results of the study – released in late April 2018 – are displayed on a poster and shared with NFL players, club equipment managers and club medical, training and coaching staffs to help inform equipment choices. Other factors, in addition to the ranking, should be considered by players when choosing a helmet, the NFL says. These include fit, comfort, durability, player position and the player’s medical history.

On top of that, the NFL/NFLPA went on to prohibit 10 helmet models from being worn by NFL players in the 2018 study, something that never before occurred. In previous seasons, NFL players could choose any helmet as long as the helmet passed current National Operating Committee on Standards for Athletic Equipment (NOCSAE) certification standards. The prohibited helmets performed poorly in laboratory testing, have been discontinued by the manufacturer, or were produced by companies no longer manufacturing football helmets. Six of these helmets were prohibited immediately. The other four may be worn by players who were using them in 2017, but may not be adopted by new players.

Now, these results come with certain qualifications that must be stipulated and that coaches must understand. In addition to Biokinetics, the NFL employs a variety of experts to formulate the actual study, to analyze the data, and to ultimately give the poster the final seal of approval. On the operations section of the NFL website, at the bottom of the page, there is even bold text that reads: “The results of this study should not be extrapolated to collegiate, high school or youth football.”

This is all to say that the NFL takes this helmet study extremely seriously, and NFL coaches should too. In fact, all coaches need to be familiar with the results, even though they may not necessarily apply at the lower levels of the game. At the lower levels of the game – which is to say high school and college football – we have the Virginia Tech Helmet Study. Released annually in May, the Virginia Tech study rates helmets using its STAR evaluation system.

“Experts at Virginia Tech evaluate helmets’ ability to reduce linear and rotational acceleration of the head resulting from a range of head impacts a football player might see on the field,” according to the Virginia Tech website. “Helmets with more stars provide a reduction in concussion risk for these impacts compared to helmets with less stars.”

It’s important to note in this study that a lower score means the helmet offers better protection. For example, a five-star helmet with a score of 1.92 offers better protection than a five-star helmet with a score of 2.54. The cost shown is what Virginia Tech paid for the helmet at the time of testing. Weight includes the helmet shell and face mask tested. Virginia tech analysts chose the lightest standard face mask for each helmet.

What’s interesting to note here is that while several of the highest-rated helmets show up near the top of the rankings for both the NFL and the Virginia Tech tests, the VICIS ZERO1 helmet ranks highest for both tests. This is significant because – in terms of limiting the acceleration produced by linear and rotational impacts in a laboratory setting – the VICIS ZERO1 ranks as the best-performing helmet at every level from high school through the NFL, according to the NFL and Virginia Tech studies. Sam Trusner, E.M.,C. is the National Office Manager for the Athletic Equipment Managers Association (AEMA), and has served as AEMA’s Certification Steering Committee Chair, District 5 Director, Continuing Education Chair, and was part of the initial committee that established the organization’s certification standards. Trusner has also been named District 5 Equipment Manager of the Year twice. He knows football equipment management and he also takes this study very seriously.

“As we’ve progressed over the years, the technology in helmets is getting better and better,” he says. “I think we’ve got more intelligent people working on helmets. Now, we’ve got chemists, physicists and neurosurgeons, and other people with their hands in it that are not in it for the money at all. They’re in it to lend their expertise. They’re looking at new avenues, new materials.

“That’s what VICIS did. VICIS came up with a whole new concept, new materials that had never been tested, and I think down the road, that’s going to pay off. It’s going to get better.”

Trusner is the first to agree that the NFL results should not be extrapolated to college levels and below. Steve Urbaniak, who currently works for VICIS, was head equipment manager for the San Francisco 49ers until February 2017. He calls the NFL’s study “very influential” among equipment managers.

“Equipment managers make their decisions based on the rankings that come out,” he says. “This study gives us data that we’ve never really had before. Between the Virginia Tech [Helmet Ratings] and the NFL Helmet Rankings, now we have two pieces of data to look at in terms of testing. We never had that as equipment managers. It makes for a more educated consumer.”

In fact, the NFL saw fit to educate players even further this year by prohibiting the use of 10 helmets, a step that the league had never before taken. Trusner says it’s important for the NFL to take this step in its helmet rankings.

“Those are helmets that are probably 10 or 15 years old from different manufacturers,” he says. “At the NFL level, they just don’t think it’s a good helmet. Those helmets performed at such a low level that the NFL is saying players have no business wearing them with the intensity they play at, with the forces they create. Those helmets are not good for them at that level.”

For better or worse – and regardless of the admonitions from the NFL that the results not be extended to the collegiate, high school and youth levels – parents and coaches will point to the results as reason to outfit athletes with higher-ranking helmets. Even so, Trusner says that there is nothing that impacts the safety of a helmet more than its fit, and coaches should be prepared to both fit their athletes well and explain why fitting is so important to parents. Listen In: How To Properly Fit A Helmet

“These are the basics,” says Trusner. “A properly-fitted helmet should never just come off, unless it’s pulled off. And even then, it should be a fairly strong pull to get it off if it’s fitted correctly. Helmets should never, ever just pop off.”

For more on helmet fitting, make sure to check out the May/June 2018 issue of AFCA Magazine.