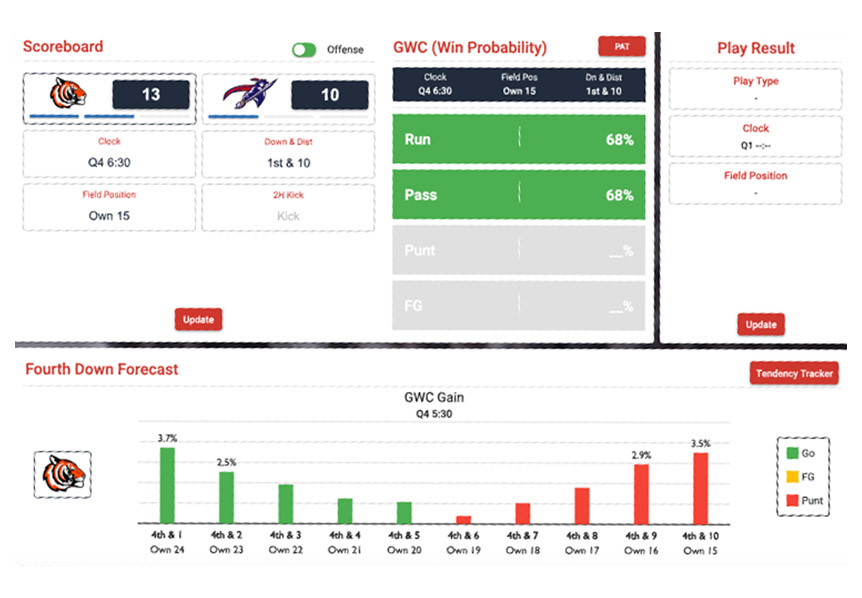 As the concept of Analytics with the capital A spread inexorably from the NFL to college and then to high school, the understanding of what analytics can deliver and the potential for real-time analytical impact has blossomed. EdjSports has led the way, even coining familiar terms within the sports analytics lexicon like “win probability” and “Game-Winning Chance” (GWC).

At the high school level — where by rule, teams can use analytics software during the game to identify important inflection points that impact win probability — EdjVarsity is now the preeminent analytics platform available. Here’s why.

Most coaches understand the value of “traditional analytics,” which boils down to manually identifying trends, tendencies, strengths and weaknesses in a given opponent, as well as within their own programs. This certainly provides valuable context as coaches prepare game plans. But, the problem with data gathered by traditional means is that it is backward-looking. It’s based primarily on subjective interpretations and even gut instinct.

EdjVarsity provides coaches with real-time context rooted not in the past, but in forward-looking simulations based on an ever-evolving game state that changes with every single play. Human brains are not capable of processing the vast amount of information that EdjVarsity processes in milliseconds. The information returned by the software doesn’t tell a coach what play to call. That’s still and will always be the coach’s decision.

Instead, the guidance provided by EdjVarsity simply demonstrates how much a team’s chance of winning a game changes based on the choices available to that team’s coach. That thought-provoking and revolutionary concept is responsible in a big way for bringing analytics into the mainstream.

“We’re proactively giving coaches information about when to go for it, but we’re also giving them guidance on whether to call a timeout, whether to challenge a play, whether a PAT try or two-point attempt is best, how much individual penalties can cost, all of it,” says Anthony (AJ) Jones, Vice President of Teams for EdjSports, developers of the EdjVarsity platform. “Every situation that coaches think about, there’s a context of win probability that goes with it. And it often gets overlooked because we are all so comfortable with our traditional roles and responsibilities.”

Here’s a perfect example: the punt return. At the high school level, coaches know that securing a catch before returning a punt is not always a given. In fact, a lot of teams know that the guy standing back there waiting to return the punt — in a given high-pressure or adverse-conditions situation — might only catch the ball 50 percent or 60 percent of the time.

“Statistically speaking, you can easily run the analytics to understand — in this situation, based on how we match up with this team, based on this game state with this score, everyone’s timeouts, all of it — if I don’t feel like my guy can catch the ball 75 percent of the time or more, maybe I shouldn’t even have anyone back there to catch it,” says Jones. “Instead of a punt return, let’s go after this punt. Within literally every choice a coach must make, there is an aspect of win probability that’s sitting in the background waiting to be analyzed. We incorporate those aspects into the guidance our tool provides.”

Embracing analytics requires coaches to favor process over results, which means coaches must be willing to defend their play call based on the analytics regardless of the relative success or failure in execution.

“EdjVarsity is going to show you how your win probability changes based on changing aspects of a given game state,” says Jones. “It’s not saying you’re going to succeed in executing a given pass play or run play. It’s identifying what decision gives your team the best chance to win and how much win probability is at stake. The best decision is deciding to go for it on fourth down according to your threshold for risk, regardless of whether you convert.

“In the end, EdjVarsity gives coaches the ability to look at everything in the context of win probability and make decisions that give their teams the best chance to go on and win the game. We distill it all down so it’s easy to use and actionable. We don’t replace the art of coaching, play calling or personnel. We never will. But we can give you the context to understand why each decision matters, and the role those individual decisions can play in the ultimate outcome of a game.”

EdjSports provides NFL, NCAA and high school teams with powerful advanced analytics for planning, play calling and post-game analysis. Their platforms assess a team’s Game- Winning Chance (GWC) at any moment of the game. Bring the power of analytics to your team, with understandable and customized, actionable insights. The result is more confidence in your critical decisions, with a true competitive edge that impacts the bottom line – winning. For more information about the analytics platforms from EdjSports, visit EdjVarsity.com. 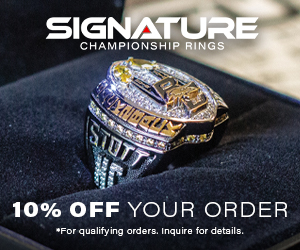