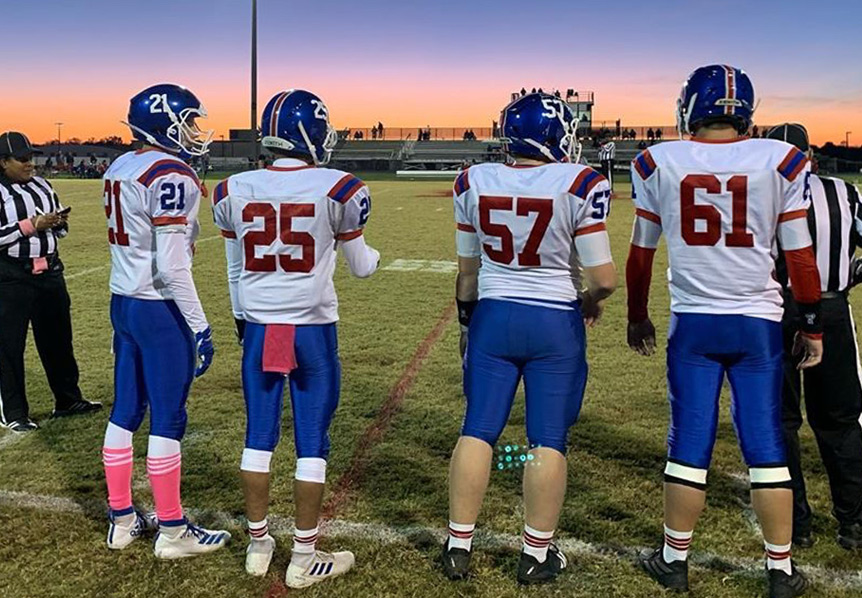 After going 5-7 during his 2018 campaign, Mercer County (Ky.) High School head coach David Buchanan knew that fundamental changes needed to be made. He wanted to shake things up and gain a competitive advantage. In late 2018, Buchanan turned to EdjVarsity, a high- school specific analytics platform developed by EdjSports. He was the first member of the American Football Coaches Association to deploy the EdjVarsity platform within his high school football program.

Since the platform launched a little over a year ago, Buchanan has become confident in his approach to analytics and how to use EdjVarsity, allowing the platform to inform his decision-making throughout each series of plays, rather than focusing only on 4th down.

Managing his EdjVarsity analytics platform was simple from the start. Buchanan and his staff would preload the necessary information
into the platform before the game. It took him all of 10 minutes each week.

“In high school football, things change from week to week,” says Buchanan. “As the year went on, we thought our run defense became a strength, so we would modify the info we uploaded into EdjVarsity to reflect that. We would change our settings depending on how we were playing at a particular time.”

Buchanan said that if any head coach found himself running analytics on the sideline, while calling plays, that would certainly be a problem. So he asked a former player — a linebacker three years removed from his high school playing days — to take control of the platform on the iPad on game night and deliver actionable intelligence.

“His job, at a minimum, is to tell me whether or not to go for it on a given fourth down,” says Buchanan. “Tell me what the analytics say. Now, I still do what I think is best; I don’t just go for it blindly. But at those times in the game where I’m sort of 50/50, the analytics helped me make that decision.”

As the season wore on, Buchanan and his former linebacker became more comfortable with the platform. That level of comfort allowed them to understand where on the field the impact of analytics would wax or wane. Buchanan’s assistant could quickly look at upcoming series and tell him on first down that, for example, if they get to fourth and 3, it’s a go.

“That meant I could change my play-calling a little bit, because now I know I have four downs to get the first down, instead of three and punt,” he says.

Buchanan also learned that, in those situations where he had to get to fourth and 3, a third and 8 was not quite so daunting, because on third and 8, most defenses would give him 5 yards, just so long as they didn’t give up the first down. That 5 yards would get Buchanan to fourth and 3, and because he knew it was a go, he had a play ready, and could play up-tempo against defenses expecting a punt.

“During that first season, I didn’t want other people to know we were using analytics,” says Buchanan. “I didn’t want them to anticipate anything like that from us, but at this point, I feel like it’s about to explode. I think everybody’s going to be using it.”

During the 2019 season, Mercer County High School had one of its best seasons in years (8-3), and he credits EdjVarsity with a significant role in their success.

“We had some big upsets this year,” says Buchanan. “The analytics really helped us accomplish that.”

For more information about the EdjVarsity platform from EdjSports, visit www.EdjVarsity.com