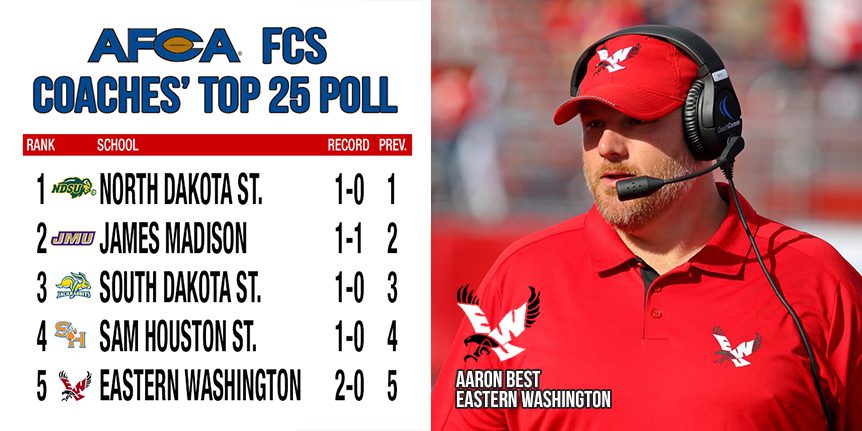 Eastern Washington’s 31-26 victory over then-No. 20 Northern Arizona keeps them in the top 5 for the second week in a row. The Eagles are 2-0 on the season as they prepare to face FBS-opponent Washington State on Saturday. With the loss, Northern Arizona drops two spots to No. 22 in the AFCA FCS Coaches’ Top 25 Poll. 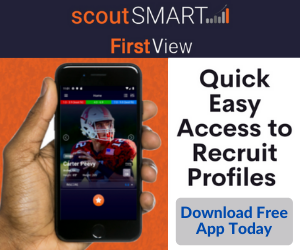 Maine had the biggest gain in the poll, jumping from No. 25 to No. 20 after beating Western Kentucky, 31-28. Both South Dakota and Colgate get their first glimpse of the top 25, coming in at No. 24 and No. 25, respectively.

There are two Top 25 matchups coming up this week. In the first matchup, No. 13 Weber State hosts No. 24 South Dakota, while the second contest will showcase No. 12 Nicholls traveling to No. 15 McNeese.