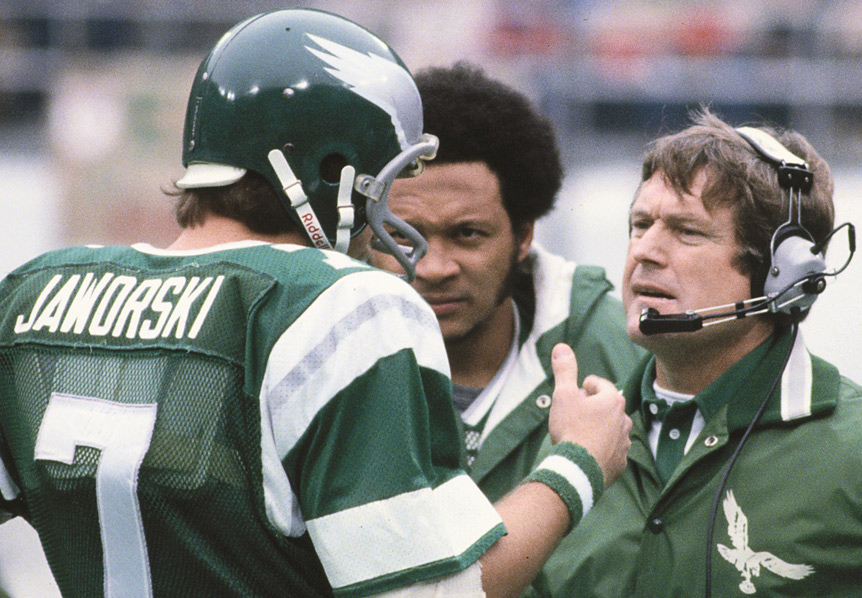 Growing up in Calistoga, Calif., Dick Vermeil quickly learned there were only three topics in which he could connect with his father: working in the garage, wine and football. So, when he wanted that bonding time, the two talked about the gridiron and how powerful the game’s influence truly is.

“He said you could live your life at a high standard if you lived it the way you played football,” Vermeil recalls.

If it was his father who set the spark for football, it was Vermeil’s high school football coach who ignited the flame.

“I wouldn’t have been a football coach if it hadn’t been for my high school football coach Bill Wood,” Vermeil proudly says. “It was his first coaching job; he came to Calistoga and we had 150 kids in the school. During the season, he said I could play college football if I wanted. I never gave it a thought before that because no one ever told me I could, especially being in that little school and in that environment.”

“I never took college prep in high school, I was going to work in my dad’s garage,” he says.

Instead, he attended a junior college for a year and a half before walking on at San Jose State. He eventually earned a scholarship, graduated and began his coaching career at Del Mar (Calif.) High School, while always remembering the influence of Wood.

“I just admired the guy. We named our daughter, Nancy, after his wife because we couldn’t call her Bill,” he says with a chuckle.

Vermeil’s sense of humor is well-known, as too is his coaching success at the NFL level. But, well before his time in the pro ranks, Vermeil climbed his way up the ladder from high school to junior college (College of San Mateo and Napa Junior College) to Division I assistant (Stanford and UCLA) and NFL assistant (L.A. Rams) before taking over the UCLA program in 1974 and the Philadelphia Eagles in 1976.

He doesn’t distinguish one level of football from the other and says he loves all four equally. The best and most important job in your career is the one you have at that exact moment, he explains.

To succeed at every level of the game and work your way to the top takes hard work, which sounds cliché, but it’s not if it’s a major part of how you live your life.

“I taught kids that hard work is not a form of punishment,” Vermeil says. “It’s a solution to everything you want to do in life. The only limitation you have when you’re born is how tall you are going to be — not how smart, not how good and not how successful.”

RELATED ARTICLE: Steve Spurrier: Win Every Day Your Own Way

What’s amazing about Vermeil’s career path, especially when considering the passion he holds for the game, is that he spent 14 years in the broadcast booth rather than coaching on the sidelines.

He says he picked up a lot of on-field strategies while watching other coaches do their jobs. He also learned about how players are motivated and what they want out of football by spending time talking to them in the locker room before and after games.

“When I came back after 14 years of broadcasting, I had a revamped philosophy, a more realistic approach to coaching,” Vermeil recalls. “I had more of an understanding of the values in the game other than the X’s and O’s and how you hit.

“My philosophy of coaching was that I don’t coach football — I coach people who play football. I tried to work hard at the values to build better football players and at the same time produce better people.”