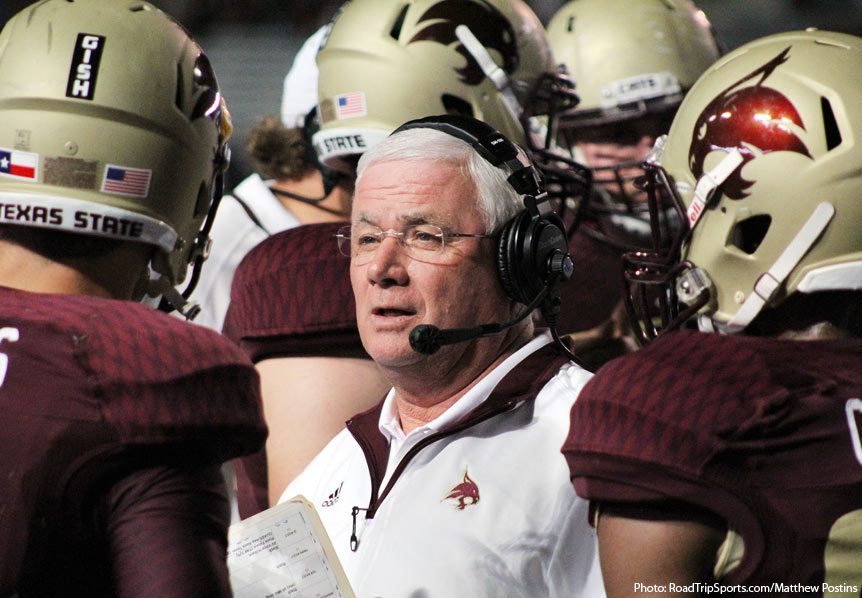 Dennis Franchione spent four decades in the game of football, and while he always knew he wanted to be a coach, he never saw it as his dream job. He didn’t see it as a “job” at all.

“It never was a job for me. It was just what I did. It was me. I was blessed to do it for 40 years and have the ride I was able to have,” Franchione says of his career, which includes 213 college victories, being named the NAIA Coach of the Year twice (1986 and 1987) and Division I head-coaching stops at Southwest Texas State (now Texas State), New Mexico, TCU, Alabama and Texas A&M.

Beyond the victories and accolades, Franchione saw his position as head coach as more than just someone who tallies wins and losses.

“You have to win some games along the way but a coach takes young men and turns them into men. I always looked at it as I needed to take young people where they couldn’t take themselves — academically, athletically, socially and maybe spiritually,” he says. “I always looked at myself as a teacher and my classroom was the football field. I had a captive audience because they liked my subject.”

He adds that teaching life skills, such as teamwork, sacrifice, discipline and commitment was something in which he took pride, as his goal was to prepare his players for their careers, whether that involved football or not.

“Football teaches you to stick with it and fight when things aren’t going well. These are qualities you’re going to need to have with you through the rest of your life when things aren’t easy,” Franchione explains. “You get defined by how you respond.”

Franchione wants the game of football to be defined by its response to recent uneasy topics, especially critics who blast the game for being unsafe. Despite some of this negative press, he says the game always has its outspoken contrarians.

“As I grew in the profession, football was always under attack from something. There always are problems to deal with … but it’s a good thing,” he says while explaining the recent criticisms have paved the way for expanded player safety. “It’s not the first time that football has gone through a cycle of something difficult to deal with and it won’t be the last.”

Franchione is proud of how those involved in football have worked to improve the game for the benefit of protecting the player. He sees upgrades in equipment as a major change since when he started coaching in the 1970s. He also commends the rules committees for changing with the times.

“The rules committee has done a great job trying to penalize or bring to light the things that are physically harmful to the game, such as protecting the deep snapper, the quarterback’s legs and helmet-to-helmet collisions,” Franchione says.

These are the kinds of changes the game needs so it can grow and remain a viable, thriving option for young adults as they develop the skills they need to become contributors to society.

“Football is a constant team game. There is no other game that plays (and affects) 70 to 75 people in a single evening,” he explains.

And it’s those individual player experiences that make all the time and effort dedicated to the coaching craft worth it. Franchione recently attended a reunion of Pittsburgh State players (he served as head coach of the Gorillas from 1985-89) and had an interaction that made him appreciate this profession even more.

“I had a young man come up to me and say, ‘Coach, you changed my entire life.’ It was very humbling,” he concludes. “Those are the kinds of stories you relish.”