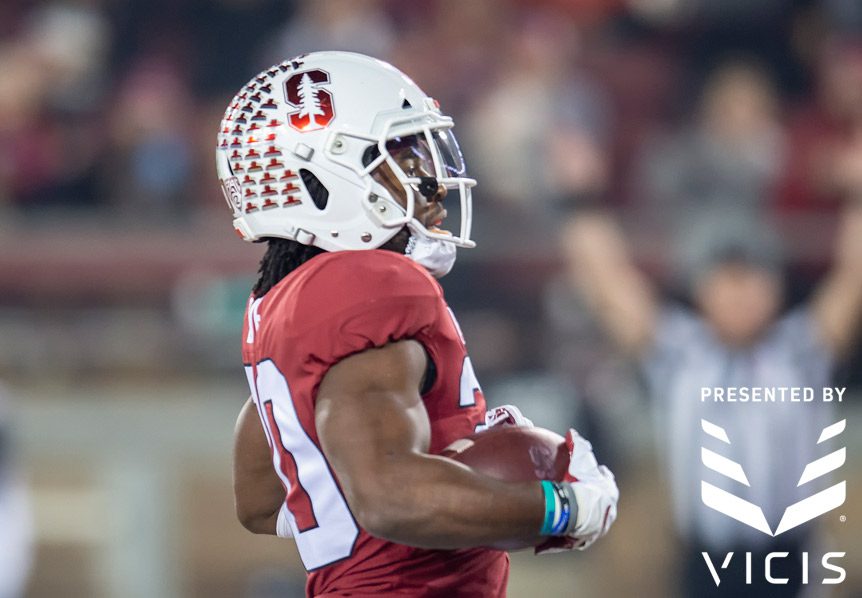 Typically, trends in football are characterized by a general change in direction or universal departure from an accepted norm. No one would argue that run-pass option (RPO) plays have become a significant trend on offense, or that up-tempo offenses started as a trend and have become more of a generally accepted practice. However, football is currently undergoing a new trend that may ultimately prove safer for players, and that is the trend is toward custom football equipment.

Coaches and equipment managers are learning a critical lesson, which is: The more that football equipment is customized to better fit a player, the fewer injuries we are likely to see on the football field. The new equipment and technologies we are seeing in the game are all pushing in this direction, and it is likely to have positive long-term benefit.

Greg Valenzisi is director of football equipment for Stanford University. If there’s a university more ubiquitously known for its technical acumen, it’s hard to imagine. Valenzisi is a true believer in the benefits of equipment customization by player, and the emerging technologies that he’s seeing go a long way toward fulfilling on its promise.

“I think some of the greatest advancements in technology lately have been in helmets,” says Valenzisi. “It’s been in the media with CTE and concussion becoming so prevalent. I really feel like equipment managers have the opportunity to step into the forefront as the first line of defense. If I’m not up to date on current technologies, and I’m not fitting the athlete in the helmet that fits him best, I’m not doing my job. I’m not doing right by that athlete.”

Players, coaches and fans see equipment managers walking around at practice and on game day with an air pump in their pocket, ostensibly to pump up the air bladders in helmets.

The biggest misconception among non-equipment managers is that the air inside those bladders amounts to protection. However, the protection is the actual padding; the air is just there for comfort, says Valenzisi.

“Growing up, a lot of football players believe they need air in their helmet to make it tighter, and the tighter the helmet fits, the more protective it is,” he says. “That is absolutely not the case.”

The latest helmets emerging from top manufacturers no longer use air bladders. There are a variety of custom pads to make the helmet fit properly, but they don’t rely on pumps. While it may seem like a small improvement, it is central to the safety of the helmet. Any knowledgeable equipment manager will tell you that the No. 1 aspect of helmet effectiveness is a proper fit.

With the new-style helmets, the padding is not subject to the same loss of air pressure. So, once a helmet is properly fit, it stays that way.

“It’s great because I can custom-fit a player’s helmet and I know it fits him,” says Valenzisi. “Then, it’s my job to fit the chin strap to make sure it stays where it’s supposed to go. It’s my job to maintain the helmet and make sure the padding is still doing its job, but the fit is great.”

The reaction from players to the new customizable helmets has been extremely positive.

“When they try on their helmet, it’s like, ‘Wow, this feels amazing,’” says Valenzisi. “That’s what I’m looking for. The more confident a player is in the helmet that I’m putting on his head, the more confident he’s going to be when he plays the game. It allows them to play at a higher level. Whatever we can do to take away any doubt in their mind, it allows them to play more freely and be the best athletes they can be.”

This level of equipment customization is also expanding into shoulder pads and footwear, which are two of the most important pieces of football equipment outside of the helmet. Custom shoulder pads have been out there for some time, but Valenzisi is hearing from more players all the time that they expect to wear them.

“If you’re just buying stock shoulder pads like they used to do in high school, I mean, that works. You just need multiple sizes and you can figure it out,” says Valenzisi. “But at this level, say you’ve got a linebacker that is 6’2”, 225 pounds, and you have a quarterback who is the same size. They need different shoulder pads. You don’t want them wearing the same thing.”

As customization in shoulder pad sizes and uses has become more pervasive, manufacturers have begun offering different functionality for different pad types. This allows equipment managers to learn player preferences, understand what is going to be expected of that player, and put him in pads that conform not only to the desired function, but the expectations of the player.

“We’re seeing shoulder pads that maybe have the front arches more tucked in so there’s more mobility across the chest,” he says. “We can change the cups on the shoulder so a lineman can get different protection from a wide receiver. We can custom-fit them to the individual person.”

Let’s not forget about the feet either. While the vast majority of colleges and high schools haven’t yet begun 3D scanning athletes’ feet to obtain proper shoe size – as is done in the NFL – there’s a lot equipment managers can do to make sure athletes are using appropriate footwear.

A common misconception when athletes get new shoes is that they need to “break them in” to make them fit right. According to Valenzisi, this is way off the mark.

“The foot changes all the time; your feet are going to adapt to the shoes you’re wearing,” he says. “It’s far more likely that your shoes are breaking in your foot, instead of the other way around.”

It’s not uncommon for an athlete to come into Valenzisi’s equipment room saying he’s worn a size 14 or 15 his entire life. Then, Valenzisi gets out the Brannock device (the foot-measuring tool you’ve seen in the shoe store), and he measures the athlete’s foot as a size 13.

“The problem is, he’s got an exceptionally wide foot, and so a 14 or 15 feels right, even though it’s the wrong size,” says Valenzisi. “Now I know I need to get him a size 13, but make sure they are wide cleats. The major manufacturers have started offering college football programs wider cleats to help alleviate some of these issues.”

Valenzisi is particularly fond of the sentiment shared by Michael Douglas in the movie Miracle, as he conditions a number of college athletes who ultimately win the gold medal in hockey at the 1980 Olympics in Lake Placid, N.Y.

Douglas says, “The legs feed the wolf,” referencing the fact that the power, endurance and speed necessary to overcome an opponent is generated by the legs, which begin at the feet. It’s only through the legs that players perform skilled tasks at a high level, whether you’re a running back, quarterback, defensive back, linebacker or otherwise.

“In general, the molded-rubber cleats are wider and are going to mold to the feet quicker, so our linemen’s feet are going to feel better for that first month of practice,” he says. “Once we get into games, they’ll use something different because they need a different length of cleat to make sure they can stop those 300 pound guys trying to move them.”

It’s just another example of providing equipment that is custom-fit to the athlete to make them feel better, and it’s an overall equipment trend that doesn’t appear to be going away anytime soon.