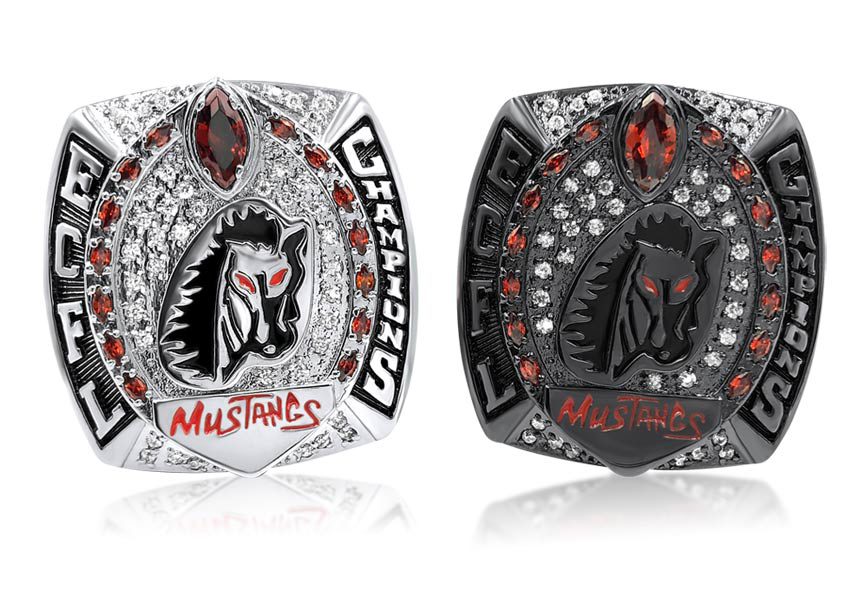 For those coaches and players who’ve won a championship, they know how special it feels. It’s excitement, accomplishment, relief, power, all rolled up in a tight ball of emotion that explodes from the chest when that final whistle blows.

“It’s kind of euphoric,” says Leroy Grant, offensive coordinator and owner of the Connecticut Mustangs, a member of the East Coast Football League (ECFL). “Regardless of what happens – if we never win another championship – you’re going to see Connecticut Mustangs when you look up at that trophy from now on.”

The ECFL is a 15-team amateur football league for men 18 years and older, consisting of two standard divisions (North and South) and an independent division. It operates under NCAA rules with certain rules modified to enhance play. Each team consists of up to 65 players. Games are played throughout Massachusetts, Vermont, New Hampshire, Rhode Island, Connecticut and Maine during the months of June through October.

Currently, there are over 500 players that compete in the ECFL. It’s a competitive league with a full contingent of coaches for each team and five officials for each game, which are played in the presence of a certified EMT or athletic trainer at local fields and stadiums.

“We have players who are as young as 18 and who are as old as 42,” says Grant. “We’ve got people from everyday walks of life, guys who played high school and didn’t go to college but still have that burning desire and love for the game. We have guys who played college ball, whether it was Division III, Division II or FCS; that’s where our players are from.”

Grant’s Mustangs joined the ECFL three years ago – when the league initially launched – having moved from Major League Football. The Mustangs won their two championships in their first two seasons.

“To make history of winning the first one, then winning the second one, was definitely an accomplishment the guys took pride in,” he says. “We’ll always have that place in history in this league of the team that won it back-to-back first.”

After winning that special second-consecutive championship, Grant wanted to keep that euphoric moment fresh in his mind and in his players’ minds.

“For some of the guys on the team, they’re a little older, and they’ve been doing this for a while,” he says. “It’s probably their last year. You know, when you win a championship – I don’t care what level it’s at – you definitely have the memory of it, but what do you have to show for that memory? So that’s why I said, ‘Let’s do rings. Let’s get a nice design put together, let’s go with the best company that’s going to offer a level of quality everyone’s satisfied with and delivers a professional design.’

“Having that ring is hardcore proof that you were part of something that was great, at least for that year and you came out on top that year. It doesn’t matter if you are a bench warmer, a practice player, or a starter, you were a part of something. For each player, they’ll have that memory forever, so long as they have that ring.”

Enter J3 Rings, a family-owned maker of custom championship, sports and corporate recognition jewelry, located in Concord, Ontario, and with a satellite office in Atlanta, Ga. J3 Rings specializes in creating custom, one-of-a-kind jewelry using state-of-the-art CAD software and 3D printers. The company prides itself on quality and customer service, regularly demonstrating to customers that no order is too large or too small and delivering “a ring for every budget.”

The Connecticut Mustangs ordered all three versions of their championship ring from J3 Rings.

“Working with J3 Rings was easy,” says Grant. “I can pick up the phone myself and talk to William Graham, who helped us the entire way. I could talk to him, text him, email him. Their customer service was outstanding. They removed a lot of the red tape that goes along with working with other companies and helped me feel a personal connection with J3 Rings.

“If you’ve ever worked with anybody who designs something custom for you, you’ll know what I mean when I say it’s frustrating when they don’t respond, or they get back to you a week later than you were expecting. We didn’t have any of that with J3 Rings. They were willing to talk all the time with us. There was no leaving a thousand messages, then only getting a callback a month later.”

J3 Rings even showed up onsite with the Mustangs to work through initial designs, styles, color tones and shapes of the rings. Grant and his entire team couldn’t have been happier with process of selecting and creating a custom ring to commemorate their run to their second championship victory.

“This ring is an heirloom that people are going to keep,” says Grant. “Working with J3 Rings, with the way they were hands-on during the process, everyone was excited about it, and that personal connection with the company made it a lot easier.”

For the 2019 season, the Mustangs couldn’t three-peat with a third-consecutive championship victory, losing their final regular season game 7-0 to the New London County Nightmare.

“We fell short this season, so we’re out of the playoffs for this year,” he says. “To have gone three in a row, that’s a dynasty. Now, the guys look at themselves more like the Dallas Cowboys from the ‘90s. They won two years in a row, didn’t win the next year, then came back and won the following year. They were still considered a dynasty.”

Grant is as hardcore as any football coach in his desire to win, and winning is serious business for the Mustangs. Even though a semi-pro football league playing exclusively in New England is unconventional within today’s scholastic-driven model that leads players from youth leagues through high school and college, Grant knows he’s building something bigger than himself or any individual player on the Mustangs. He believes in his team.

“We still have the mentality that we’re building something right here, and this isn’t just some fly-by-night program,” he says. “We’re really doing something positive. My guys even more motivated. We may be out of the playoffs, but our guys are beginning to prepare for next season already. We’ll start 2020 with tempo and momentum and we’ll be great again.”

J3 Rings is a family owned Championship jewelry manufacturing company that was established in 1980. J3 Rings prides itself on the finest quality products, and attentive quick customer service. J3 Rings has produced jewelry for a wide range of organizations, from Peewee to Minor League and small businesses to Fortune 500 companies. J3 Rings specializes in custom one-of-a-kind jewelry using state-of-the-art CAD software and 3D printers. No order is too large or too small. J3 Rings has “A Ring for Every Budget!”