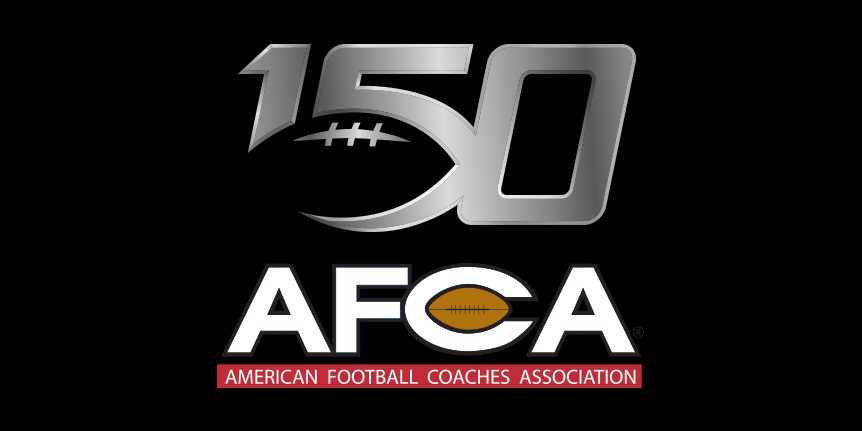 College Football 150th Anniversary and the American Football Coaches Association have announced a partnership that will showcase both organizations during the sesquicentennial CFB150 campaign in 2019.

“We are pleased to partner with the AFCA on this initiative,” noted CFB150 Executive Director Kevin Weiberg. “College football coaches play an integral role in the development of student-athletes, including the instilling of leadership traits that last a lifetime. We are excited to highlight the role coaches play in the development of young people during the 2019 celebration.”

Each year, the AFCA works with each member of college football coaching staffs to highlight its organization with the inclusion of a patch on sideline apparel for the opening week of the season. In 2019, that initiative will include the CFB150 logo as part of the patch. The dual stacked logo (CFB150 & AFCA) has the support of the AFCA and will be seen on sidelines nationwide.

Both the AFCA and CFB150 will share content across digital platforms, with a focus on football’s development of coaches and leaders. In addition, the CFB150 will have a presence at the AFCA annual convention, scheduled for January 6-9, 2019 in San Antonio, Texas.

“The AFCA is excited to partner with the College Football 150th Anniversary,” noted Todd Berry – AFCA Executive Director and a member of the CFB150 Board of Directors. “There are so many benefits provided by college football and we are happy to help showcase those to a broader audience through this celebration.”

College Football 150th Anniversary is a non-profit corporation formed to plan and administer a national celebration of 150 seasons of collegiate football in 2019. The commemoration will showcase the rich history and traditions of the sport and its contribution to American society and culture, while also promoting the opportunity it continues to provide to thousands of student-athletes across all levels of the sport. The CFB150 staff reports to a Board of Directors made up of representatives from stakeholder groups throughout college football. The corporation has office space at the National Football Foundation & College Hall of Fame headquarters in Irving, Texas.