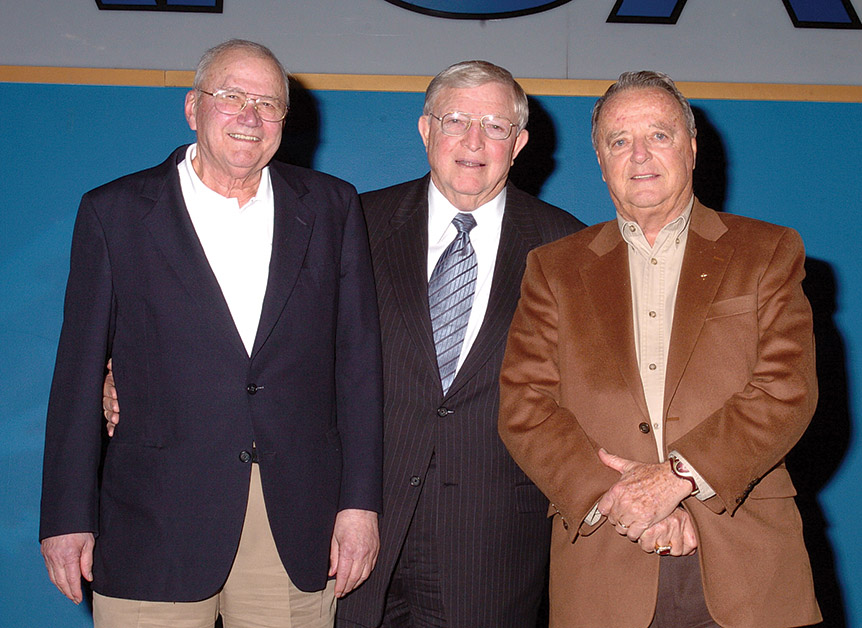 Bobby Bowden never tried to be anyone but Bobby Bowden. The ever-lasting images of the legendary Florida State coach show an experienced leader with that wide-billed hat, maroon (technically, the color is garnet) Seminole windbreaker jacket and a couple national championship rings adorning his fingers.

But when Bowden started his first stint at Florida State as a wide receivers coach in 1963 (after stops at Samford, South Georgia State College and Samford again), he didn’t quite possess the same swagger or belief in his ideals.

He tells the story of being sent to Green Bay in 1963 to watch Vince Lombardi lead the Packers, so he could pick up some winning ideas.

“Lombardi would get on them, yell and scream,” Bowden recalls of Lombardi. “So, we saw that and saw how successful he was, and think that’s how to do it.”

On the way back from Green Bay, he opted to take a side trip to Cleveland to watch Paul Brown’s coaching style.

“Brown coached with a whisper, never raised his voice and got the same results. The point is, you’ve got to be yourself and not be someone else.

“I believed in leading them, not beating them.”

For Bowden, being himself also meant playing fast … well before it was common. No one in 1993 was rushing to the line after every play, but Bowden knew he had a special quarterback in Charlie Ward, so he used a spread, no-huddle offense to maximize his abilities.

And, long before assistant coaches started holding up giant boards with pictures on them to signal to the players on the field, Florida State went with single-word play calls at the line. It seems simple, but it worked.

“We’d just use words. A sweep to the right was called ‘Bobby’ because the coaches knew I loved sweeps. ‘Bowden’ was a left-side sweep,” he recalls. “Wideouts, a running quarterback and going as fast as you can, it’s the style people are having fits with today … and we were very successful because people weren’t ready for it.”

The Seminoles’ successes under Bowden are well-documented: two national titles, 13 ACC titles (including nine in a row) and 14 consecutive bowl appearances without a loss (from 1982-95 with a tie in 1984).

All those victories raise the profile and increase the expectations for a program, and with that comes harsher criticism. It’s surprising to hear that such a successful and confident coach considered giving up the game due to the constant negative feedback.

“The one thing that hurts when you coach is criticism. During my years of coaching, there were several times I considering getting out of coaching (because of the negativity),” Bowden admits. “I’d always come back to the fact that I’d rather do this than anything else. It’s a part of the game, so you just live with it.”

As he adjusted to the criticism, Bowden also says he had to change with the times when it came to his players. He recalls when he started coaching in 1953, you told a player to do something, “and he wouldn’t bat an eye.”

As he reached the end of his career, things changed.

“Nowadays, they look at you and ask why?’” he says “You have to explain it to them … you have to sell it to them.”

No matter the tough losses, the criticism or the changing players’ attitudes, Bowden says no one had to sell him on coaching and knows there is nothing else he’d rather have done with his professional life.

“I coached 57 years and I can’t remember a single day that I hated to go to work,” he says.