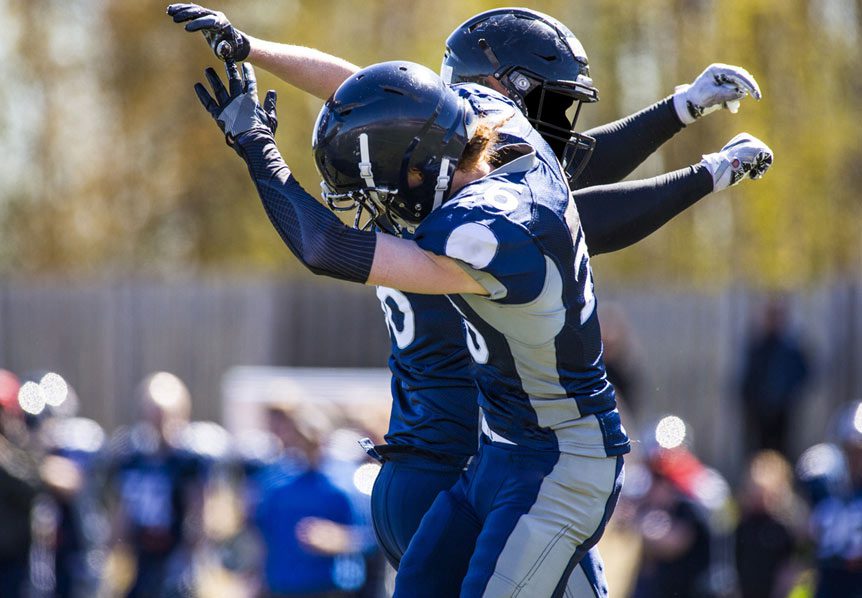 Editor’s Note: The following is an excerpt from BIG TIME: The People, The Places & The Game Of Oregon 8-Man Football. It provides an intimate journey into the culture of a gritty, impassioned brand of high school football that is played in the small towns of Oregon that are painted into the backdrop of some of the most spectacular landscapes in America. As an auditor with one of the Big Four accounting firms, Will Totten knows a thing or two about big numbers.

“I’m the proverbial bean counter,” Totten says with a chuckle.

It’s a career choice seemingly befitting Totten, whose experience with big numbers dates to his days of playing quarterback for McKenzie (Ore.) High School from 2008-2011.

Because as a senior signal-caller for the Eagles in 2011, Will Totten set a National Federation of State High School Associations (NFHS) record by throwing 11 touchdown passes in a single game.

“Oh, man, yeah, that was a fun time,” says Totten, now 24 and living in Seattle. “I mean, I didn’t really know how many (touchdown passes) I had as the game was going on, but I knew it was a lot. I think my first four passes all went for touchdowns. It was just, bang, bang, bang — touchdown, touchdown, touchdown.”

Totten is quick to offer that very little of his success that evening had anything to do with him. After all, he was merely a 6-foot, 160-pound quarterback with only average arm strength. But, as an honors student who would go on to graduate from one of the top business schools in the country, Totten also was plenty smart.

“It was pretty easy, really, because those two guys made it pretty easy,” says Totten, who completed 16 of 24 passes for 553 yards that day.

Those two guys were Kendell Reese and Jordan Wiley.

Reese, a 6-foot-2 senior slot receiver who would finish sixth in the state 100-meter finals and seventh in the 200 the following spring, caught 10 passes for 333 yards and five scores. Wiley, a 6-5 senior named the Class 1A Player of the Year in boys basketball later that winter, caught six passes for 199 yards and four scores.

“With Jordan, you could just run the end zone fade lob all day long and Kendell, he was really fast and really athletic,” says Totten. “Both of them were outstanding athletes. It would literally be like, get the kickoff on the 30 yard-line, take one snap, turn and throw a quick slant and they’d take it all the way. Throwing to them was a little ridiculous, really.”

Ridiculous because that type of athleticism isn’t a common sight on 8-man football fields. It’s not unheard of, necessarily — just rare.

And that brings us to coach Neil Barrett. Now the athletic director at Jefferson High in Portland, Ore., Barrett was Totten’s third head coach in his four years of playing varsity football. Totten was now being asked to learn his third offensive scheme.

“You sorta hate asking a kid to learn another offense, but Will’s such a smart kid, he caught on right away,” says Barrett. “You know, he didn’t have the strongest arm in the world, but he put the ball right where it needed to be. We had some really good athletes to throw to, so we only had a few plays. Then Will would come to the sideline and tell me what he was seeing, so we’d run stuff based on what he was seeing. A lot of times, he called his own plays in the huddle.”

When the smoke finally cleared on September 30, 2011, the Eagles had earned an 88-80 win over Lowell and the teams had set a state record for points scored in a game. Totten had set four Oregon 8-man records: touchdown passes (11), total passing yards (553), passing yards in a half (277), and passing yards in a quarter (136). He also owns a fifth state record, for the 68 passes he threw against Crow High School in 2009.

Totten had originally been credited with “only” 10 touchdown passes, but after watching game film, an 11th touchdown pass was credited to him. Totten, standing in shotgun formation, had observed a weakness in the defense and sent Reese in motion toward the offensive line. The ball was snapped to Totten, who quickly pitched it forward to Reese just as Reese crossed in front of him.
Reese took the pitch and scampered 65 yards for a score.

That type of offensive creativity isn’t common to 8-man football, so statisticians did not realize that play is credited as a pass completion. After reviewing the game film the next day, Totten’s stats were revised to account for an 11th touchdown pass. Oregon 8-man football, meet what’s known as The Shovel Pass.

“That’s the sort of thing Will could do for your team,” says Barrett. “He was clever. He understood what we were trying to do and he did it.”

Totten did enjoy his moment in the sun — even if it really wasn’t his thing.

“It’s funny because that’s the only thing that pops up if you Google me, so you know, at work, you and your coworkers are goofing around Googling each other and that’s what pops up and they’re like, ‘What? 11 touchdowns?!'” Totten says with a laugh. “So it’s a good story to tell, but it’s not even anything I have any news clippings of. I do remember that after that game, I actually had my first press interview ever. It was a kind of cool because our coach said somebody from the (Eugene) Register-Guard wanted to talk to me. I got to skip class for the interview and everything. And it was pretty much the worst interview ever. I said something like, ‘Yeah, it was a real wild west shootout,’ or something. Worst quote ever.”

His feat was also featured on the Yahoo! Sports web page — officially introducing Totten to the snarky wolves that lurk in online discussion forums.

“We were all huddled around the computer in computer lab reading it and the story included a picture of me and one of the first comments was, ‘That dude looks like he’s 100 pounds sopping wet!'” Totten says, chuckling. “There were even worse comments, too. Man, it was brutal.”

His 8-man glory days long over now, Totten prefers the razzing of his longtime friends.

“Jordan’s wedding is in a couple of months, so I’m sure it’ll come up,” Totten says with another chuckle. “But otherwise, it’s just one of those fun memories.”