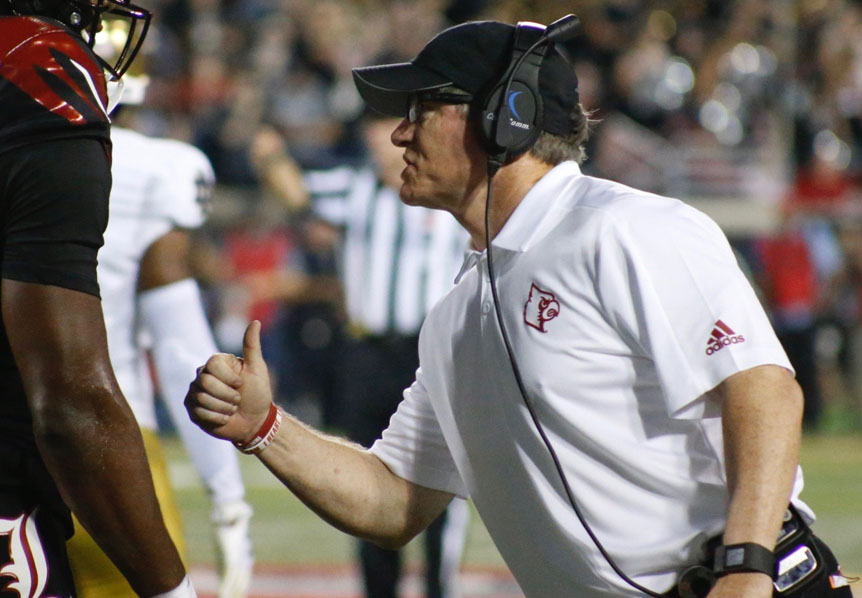 As the federal government rolls out trillions of dollars in emergency funding to deal with the fallout of the 2019 novel coronavirus, it’s a fair assertion that the IRS will be tasked with finding every last dollar for the federal treasury it possibly can. Whether coaches know it or not, federal tax law currently identifies “work clothes and uniforms” as excluded from wages – or a fringe benefit – if it is “specifically required as a condition of employment and [is] not worn or adaptable to general usage as ordinary clothing.”

Internal Revenue Code section (IRC) 61 provides that gross income means all income from whatever source derived, including compensation in the form of fringe benefits. There is no exclusion for athletic clothing provided to coaches or assistant coaches, and the value of a fringe benefit is taxable unless there is a specific regulation that excludes it.

The reality is, the vast majority of universities do not collect taxes from coaches or pay taxes to the federal government on the apparel given to staffers of the athletic
department. And because that apparel can easily be worn off the clock, it must be considered a fringe benefit.

“When I came back to the university after a few years away running my own business, this was one of my top priorities,” says Chuck Hall, director of equipment operations for the University of Louisville. “I’d been doing this for 16 years as a head equipment guy and it had never been an issue; actually, it was sort of one of the perks of working in athletics. You get shirts; you get gear. It’s just a company shirt. At least, that’s what we all thought, but obviously, we were wrong.”

Very quickly upon his return to Louisville, Hall needed to source inventory management software that could “do everything.” The right software would keep track of all athletic department inventory, but it would also track taxation values and provide monthly reports required by campus personnel responsible for insurance and financial tracking for athletic department staffers.

Hall remembered meeting with a company called ACS Athletics (now Front Rush) at a prior AFCA Convention that intrigued him because they were web-based and seemed capable of handling all these disparate needs. On top of that, they were willing to work with him to build out the taxation aspect of the software he would need to track apparel valuation, and consequently, the amount of taxes coaches would need to pay.

“There may have been a tax law on the books, but there was no book telling us how to deal with it in athletics,” says Hall. “So, we just basically made it up as we went. I just kept asking questions of our campus people and business office personnel. What do you need? What do you expect it to look like? Where are you trying to go with it? Then I would take those answers back to ACS Athletics and show them. It was a work in progress.”

Over time, Hall and ACS Athletics built a system that would track taxation on apparel, thereby abiding by federal law. These days, the university has no wiggle room, compared to other universities blissfully ignorant of these laws. Now that Louisville has been “slapped on the wrist,” they can no longer play the “we just didn’t know” card, and frankly, it is unclear how long playing that card will work for other universities.

“Going forward, we have to be perfect,” says Hall. “That’s a tough standard to meet, but it’s our job, and it’s a change that everyone will have to make eventually, because Uncle Sam is going to want his money.”

Hall’s process is relatively straightforward. All apparel that coaches receive is taxable unless they return it after use. When a new coach comes in to Louisville, the human resources department informs him or her about the tax situation with clothing, tickets and other fringe benefits.

“Then, we give them a book at the beginning of each year with everything we ordered the previous year for the upcoming year,” says Hall. “Then in June, before coaches head out on their vacations and after their high school camps conclude, they’ll go through our book and circle anything they want, knowing that whatever they circle is going to be taxed.”

When July comes around and football coaches are preparing for training camp, Hall has already received his inventory, labelled it for each coach and placed it in their lockers. Coaches aren’t waiting in line, selecting items on- the-fly. There are complications, for sure. Maybe something doesn’t fit right. In that case, Hall has to check the apparel back into his system and mark them as within his inventory and non-taxable for the coach who ordered it.

“Based on that, our business office runs a monthly tax report for the upcoming month’s payroll,” says Hall. “About a week before payroll runs, staff members receive a printout that shows how much apparel they’ve requisitioned and they have two days to dispute it or approve it. Then payroll goes through and the taxes are deducted from their paycheck and the world goes on. Our apparel is valued at retail prices, so that is what coaches are taxed on.”

At Louisville, Hall says coaches can basically estimate the amounts they pay in taxes with a simple 30 percent rule. If a pair of shoes is valued at $90 retail, that means about $27 will be coming off the coach’s check if he chose that pair of shoes during the selection process.

On The Same Team

While it’s a fairly straightforward system, it represents an enormous change to “business as usual” within the athletic department. Coaches need to be aware that just because this change has taken place, it’s not the equipment managers who have chosen to implement it.

It’s key here for coaches to look at the bright side and not blame the equipment staff. This is not their fault. Sure, coaches could look at it like it’s a 30 percent ding on a pair of shoes, but remember, this law is already on the books and has been for some time. It would be better for coaches to view this as a 70 percent discount on their new shoes.

“One of the biggest problems we face is that these changes hurt the relationships between the equipment managers and the coaching staffs of all sports,” says Hall. “For as long as I can remember, coaches have been getting apparel for free, and now all of a sudden, they’re getting taxed for it. It hurts because now they’re looking at us like we’re 1600 Pennsylvania Avenue. But, it’s not our decision.”

The relationship between coaches and equipment managers is a key relationship, especially in our current climate of staph, MRSA and now, COVID-19. It’s critical that coaches and equipment managers maintain their great relationships, because we’re all going to need each other a lot more before we can be sure that we’re all safe and sound, all of our equipment is wiped down, all of our laundry is clean, and we’re all wearing university apparel that maybe is no longer free of charge, but it is free of microbial invaders.

This article was written by Paul Markgraff, managing editor of AFCA Magazine.