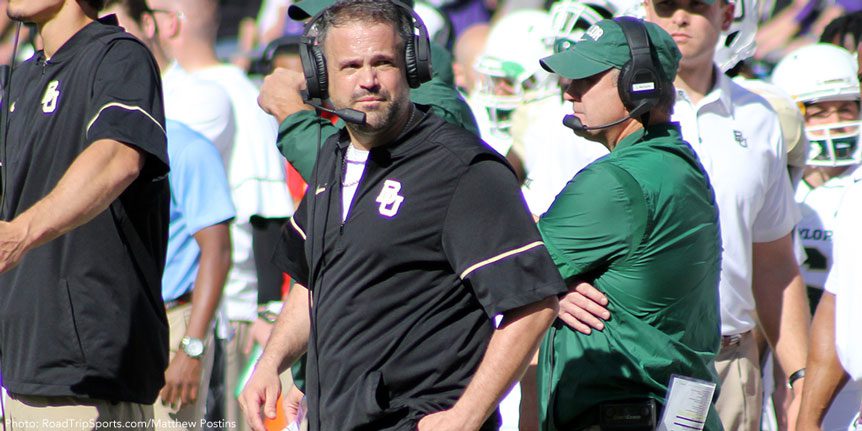 Baylor University will outfit the majority of its football roster with the VICIS ZERO1 helmet during the 2018 football season, signaling an increased commitment to player safety by the Bears.

The ZERO1 is designed to reduce impact forces with a highly engineered structure that differs from traditional football helmets. The ZERO1 has a deformable outer shell and a unique columnar layer designed to slow impact forces like a car bumper.

In the 2018 Virginia Tech Helmet Ratings, which rates helmets based on the impact frequency and severity observed in high school and collegiate play, the ZERO1 rated No. 1 and was awarded the highest available “5 Star” rating. The ZERO1 also ranked first in the NFL / NFLPA’s 2018 Helmet Laboratory Testing Performance, earning the top spot for the second year in a row.

Baylor University is demonstrating its commitment to player safety by providing its student-athletes with the best testing equipment, making a customized ZERO1 available to anyone on the team. The Bears will be one of the first college programs to outfit the majority of the roster with the ZERO1.

“We are thrilled to partner with an industry leader like VICIS,” says Baylor head coach Matt Rhule. “The helmet was offered to our entire team and more than 80 of our players chose to wear the cutting-edge ZERO1, the most of any NCAA Division I team in the country. We will spare no expense in providing our players with the best and safest equipment on the market and this is another step towards that goal.”

The announcement comes on the heels of the Big 12’s partnership with VICIS to further educate football players on the latest safety advancements in sports equipment while providing access to top-ranked football helmets for players across all 10 Big 12 teams.