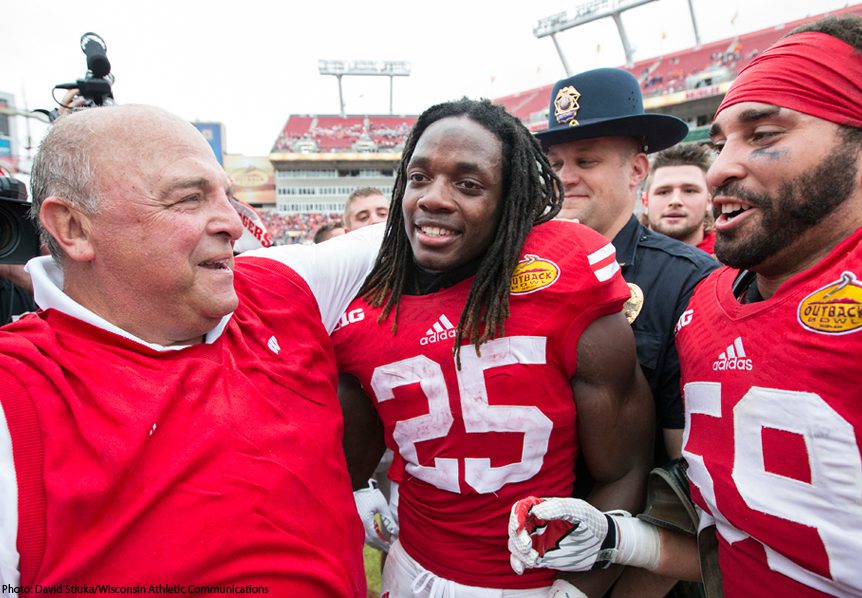 University of Wisconsin Director of Athletics Barry Alvarez worked his way to the top of the football world over 40 years as a coach and player. After resurrecting Wisconsin football in the 90’s, he was unanimously inducted into the College Football Hall of Fame in 2010.

Alvarez always envisioned being a Division I head coach at a major program, and eventually taking on an administrative role, but his storied career isn’t a product of a long-term agenda. Alvarez took the old-fashioned road to the top, by keeping his head down and focusing on the task at hand.

“If you want to move up the ladder, do a good job and people will recognize that,” Alvarez says. “It’s not about calling people and worrying about the next job – it’s coaching the guys that you have.”

Alvarez says coaches short-change not only their own development, but the development of their players when they don’t give the job their undivided attention. Coaches have more than enough to keep them busy, and even when the program is running well, it can be a challenge to keep the needs of the players in perspective.

Even coaches who are solely focused on making sure their current team is headed in the right direction can sometimes fail to ask where their players are headed after they leave. Coaches must guard against viewing players only as players, never considering the role of the team in their personal and professional development.

“We are so organized and so structured that some of our athletes, as they finish their playing careers, they haven’t learned to make some decisions on their own,” Alvarez says. “They’re in a routine. It’s a comfortable routine. It’s a safe routine. It’s hard for them to cut the cord and move on.”

Every player’s window slams shut eventually, and coaches are charged with the privilege of making sure that when it does, players are ready to take on the real world. Luckily for coaches, good football programs provide players with life skills by their very nature. At Wisconsin for example, players are taught time management skills and the ability to deal with adversity in pursuit of both athletic and academic excellence.

“You have to deal with more time demands. You have to deal with competing at an extremely high level in athletics,” Alvarez says. “So, you’re getting a better education. You’re learning more. You’re picking up different values that you can carry on for the rest of your life.”

In addition to the rigors of being a Big Ten student-athlete, Alvarez says Wisconsin has a program called Beyond the Game that makes sure his players are equipped with all the tools to be successful.

Today’s game is big business, meaning big money for coaches who can compete at the highest level. Unfortunately, this big business can be a big distraction.

Coaches who fall victim to this mindset face a harsh reality. Much like young players hoping to make it to the NFL, the numbers show the vast majority of coaches will never earn the huge payday they seek.

RELATED ARTICLE: Power Of Influence: Sam Harrell Risks It All

This reality emphasizes the purest motivation for being a football coach – setting up players to be successful in life. Money alone will never validate a coach’s career, or bring a coach fulfillment, but watching players go out into the world and make a difference certainly will.

“There are very few people that affect as many lives as coaches do,” Alvarez says. “When you see that, it justifies all the time that you put in.”