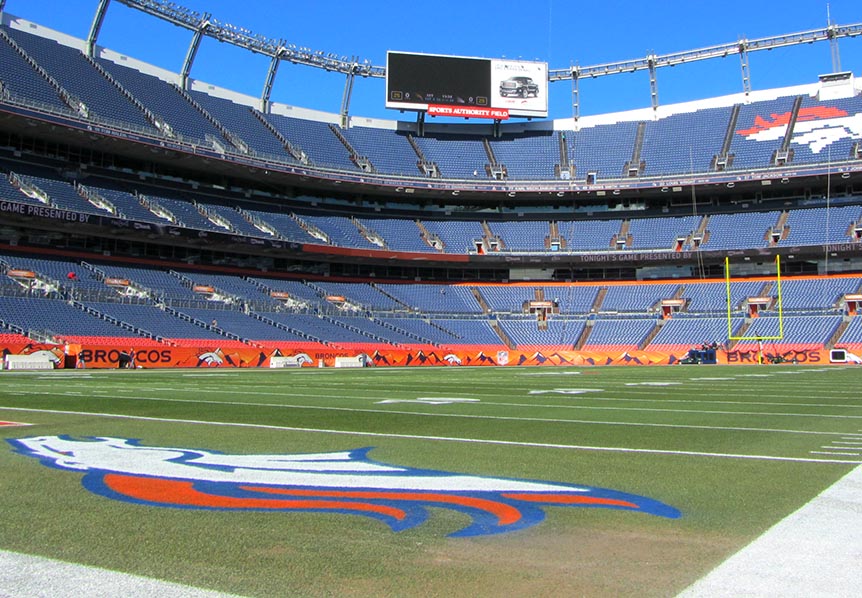 Very few athletes are invited to a combine. Whether they are elite high school athletes vying for a college scholarship or standout college players looking to catch the eye of NFL scouts, only the best of the best get the chance to showcase their abilities in the unique environment of the combine, where a fraction of a second can make or break an athlete’s dream to play at the next level.

Even if your players aren’t currently combine material, the following proven techniques for mastering position‐specific agility drills will help players hone their biomechanical movement efficiency, reduce the risk of injury and perform like never before.

During both acceleration and top‐end speed training, all athletes must learn the four Ps: posture, position, placement and patterning. These are foundational concepts for understanding and practicing quality movement patterns.

Posture is the collective organization of the head, shoulder, trunk, hip, knee, and ankle. It drives biomechanical efficiency in acceleration. Coaches must constantly remind athletes of their posture with the phrase, “posture is priority.” If an athlete doesn’t begin a drill or a sprint with correct posture, he will not be able to find that posture once he starts moving.

Athletes should learn how to organize their joints from top to bottom and develop an awareness of how proper posture ought to feel. Football players often find holding posture to be a major challenge, especially if they have never been taught how to correctly align their bodies and generate stability. For these athletes, foundational acceleration drills such as marches and skips become especially vital in restoring postural integrity.

Within the framework of acceleration posture, there are optimal joint angles an athlete should try to achieve during acceleration. Legendary coach Dan Pfaff often talks about the concept of “acceptable bandwidths” within technical movement models (Pfaff 2019). No athlete will perfectly replicate the ideal acceleration model for every single sprint, but if he falls within the guidelines of proper joint position, he will be successful.

In the case of sprinting, coaches and researchers who have dedicated their careers to studying athletic movement have observed that the best sprinters create a specific position on the front side of the hip axis, which gives them ideal leverage to generate torque into the ground.

The biomechanical nature of sprinting dictates that body position should change as an athlete accelerates and transitions into maximum velocity sprinting. At the outset of acceleration, the athlete’s body should have a more angular position relative to the ground, with an imaginary straight line running through his ear, shoulder, hip, knee, and ankle.

He will naturally begin to transition to a more upright position as he reaches his maximum velocity, but to accelerate most efficiently, he should angle his body forward to apply his force more horizontally into the ground. This will propel him forward in accordance with Newton’s second law of motion, which dictates that to move forward, he must push backward.

The athlete’s thigh position relative to the ground will begin to change with each stride as he gains velocity. As a rule of thumb, his thigh should remain roughly perpendicular to his torso throughout the sprint. Thus, at the beginning of acceleration, the athlete’s forward body lean causes his thigh to angle toward the ground when it hits the proper landmark. As he transitions into top‐end speed mechanics, his torso will rise vertically, eventually positioning his thigh more parallel to the ground.

This principle of thigh position flies in the face of speed training dogma that many coaches learn early in their careers. The commonly used sprinting cue to “drive those knees up high” is rarely germane to the technique changes needed. Too much knee punch during the initial steps will create an excessively high thigh position, causing suboptimal horizontal impulses into the ground. From a timing perspective, a thigh position that is too high will cause the initial stride to take too much time, forcing the athlete to take shorter and shorter steps.

Horizontal propulsion is the key to excellent acceleration. Once an athlete has created the ideal joint positions, the next step (literally) requires correctly placing his foot into the ground to produce maximum force. An athlete should place his striking foot underneath or slightly behind his hips, depending on the phase of sprinting.

In early acceleration, his foot should strike behind his hips to push back into the ground, thereby creating a greater horizontal impulse. As he gains speed and gradually transitions into a more upright posture for top‐end speed, he will strike more directly underneath the hips to produce more vertical force. If he strikes the ground in front of his hips, he will create a braking force and place excessive stress on his hamstrings, especially during his top‐end speed phase.

The striking portion of the foot poses another vital placement consideration. Coaches often teach their athletes to run on their toes, which creates multiple problems. An athlete who strikes the ground with his toes while sprinting will not be able to optimize the elastic capabilities of his foot and lower leg. When used properly, this elastic component — an eccentric stretch on the muscles and tendons that creates stored elastic energy — can provide a rebounding force and improve sprinting speed. Coaching athletes to run on their toes will encourage them to reach in front of their hips with each foot strike to “feel” for the ground as a proprioceptive reflex, as if they are walking down a flight of stairs. This can place excessive strain on the hamstrings and lower leg, possibly even leading to injury.

The back portion of the ball of the foot is the proper foot contact point during sprinting. The back portion is especially ideal; athletes can run mostly on their toes while thinking that they are striking on the balls of their feet because they can feel the front part of the ball on ground contact.

Coaches should teach athletes to prepare for the ground by dorsiflexing their striking foot in midair; this is called creating a loaded, stable foot. This approach is preferred over a relaxed or unstable foot strike. A relaxed foot must move through full triplanar pronation as it strikes, thereby increasing time spent on the ground. A locked foot allows an athlete to develop elastic tension in his ankle complex more quickly, thereby minimizing amortization. As an analogy, consider the difference between dropping a hard rubber lacrosse ball and an overripe tomato on the ground.

Perhaps most importantly, when a loaded foot strikes the ground it provides a more stable position for the athlete’s most powerful joint forces – his hips and knees – to produce more force. Many practitioners view sprinting as a full triple‐ extension movement (requiring full extension of the hip, knee and ankle), so they coach athletes to focus on plantar flexion. However, sacrificing an optimal surface for powerful hip and knee extension merely to favor ankle plantar flexion is shortsighted.

The first three Ps (posture, position, and placement) dictate the spatial aspects of acceleration. But acceleration is defined as the rate of change in velocity over time. Timing is therefore just as important as any other aspect of acceleration.

There should be a rhythm and smoothness to how an athlete runs, a concept referred to as patterning. An athlete may try to execute ideal posture and positions during a sprint, but if his timing is off, the entire movement is affected. Patterning is one of the easiest issues to diagnose because a poorly timed movement pattern looks wrong to even the greenest coach.

Acceleration patterning problems can occur for several reasons. Perhaps the athlete is spending too much time in ground contact or moves his arms and legs arrhythmically. Regardless of the issue, the first culprit a coach will often spot is improper thigh position or foot placement because these will immediately indicate that timing is off.

The most important word to associate with patterning is rhythm. Rhythmic patterns of movement create a smooth and relaxed tempo. The more relaxed an athlete is at the right times during a sprint, the more elastic he becomes. Strategic relaxation and its subsequent stored elastic energy increase movement efficiency and speed. Athletes who remain rhythmic and relaxed while sprinting can maximize their use of this elastic energy.

This article was excerpted from All‐Pro Performance Training: An Insider’s Guide to Preparing for the Football Combine, published by Human Kinetics, written by Loren Landow, CSCS *D, Head Strength And Conditioning Coach, Denver Broncos, and Chris Jarmon, CSCS, Sports Performance Coach, Landow Performance. It is available as a print or e-book at the following link: https://bit.ly/hk-appt.