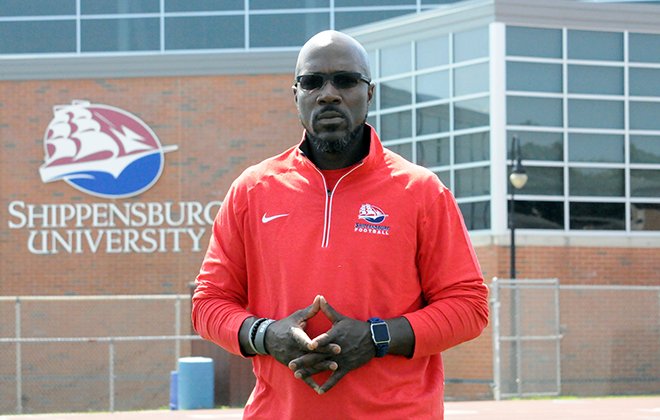 Every coach must build a foundation with their players in which they are able to implement ideas such as the ones our offensive staff has used to implement our 8 Great Working Habits! As you read this article, I will break down our basic understanding of what we instill into our players in order for them to be the best example of a student-athlete. Everything we talk about with the habits carries over into the real world. I would like to walk you through each of the habits one at a time to give you a better understanding of each one.

We all know this is the biggest pet peeve of ours as coaches. In the college game we are limited to the amount of time we can spend with our players, so in order to maximize our time, we say, “To be on time is to be 15 minutes early, to be 5 minutes early is to be late!”

In the working world, there is no way you can walk into your office five minutes prior to a meeting and be prepared to present or to comprehend the task necessary for the day. Most people tend to arrive to work early to have a cup of coffee and relax a bit before tackling the day.

“The most precious thing in life is time…. You can’t get it back, and you don’t know how much time you got!”Coach Glen Mason, Former Coach University of Minnesota

The same pertains to football, players should take time to get mentally, physically, and spiritually prepared for the specified task. It could be for a class, lift, or practice, but especially on game day.

When I interned at the University of Notre Dame in 2008, Coach Lou Holtz spoke to us prior to the Michigan game; he quoted one of the smartest men ever, Benjamin Franklin. Ben Franklin said, “By failing to prepare, you are preparing to fail.” We are persistent in having our student-athletes ALWAYS have a tablet or something with them so they can build the habits of capturing the moment or taking notes.

This is true in all walks of life. Once again, going back to the the office setting, you want to walk into meetings ready to answer any questions that come your way. At the same time, why not be ready to wright down something that could make your task for the day a bit easier.

Professors enjoy working with students who are always on time and ready to go when they walk into the room. When students are prepared, it also holds the professor accountable to make sure that they are ready to pass along their knowledge.

3. HAVE A GREAT ATTITUDE

I love it when our players come to the facility with a bunch of enthusiasm. It is contagious! To play this game of football, you must be intrinsically motivated and that comes from having a great attitude.

I always try to remind them to embrace the grind with their habits and the challenges ahead, to “be a sponge” and soak up all they can each and every day. They are members of a fraternity that not everyone can be a part of. They have made the commitment to play the game we all love, so let’s embrace it!

My players will tell you that during the recruiting process I told all of them, “I will start working when I am done coaching football!” I love this game! I embrace the daily grind and, if the day comes when I don’t embrace it anymore, then its time to move on. When they find an occupation they love, I hope that they remember me saying that.

Our workouts, practices, and games are strategically approached. We teach our guys the objective of plays, practice, periods in practice, and games. What do we want to get accomplished on that day? For instance, if we call an RPO in pass skeleton period, the objective is to throw the ball while practicing reading the defense for the play. In the run game, outside zone has the objective of running the ball outside.

When giving an assignment in the classroom, professors have certain subject matter they want to specifically cover during that session. Most teachers will lead with the objective prior to teaching the lesson.

Life is full of ups and downs. We’ve all heard the saying, “If it was easy, then everyone would do it.” Well, that’s true! We all love this game and it is fun to play, but it is hard work and very mentally and physically demanding. When things are going rough in practice and in games, are you going to give in to your environment or are you going to fight your way out? As an offense, if you go 3-and-out two series in a row, are you going to quit? Who’s going to step up and get the team back to playing at our level? We as coaches, must stay positive, stay the course, and continue to coach our guys by stressing fundamental football and mental toughness.

The same holds true in the workforce. There are going to be some times in life where things will not come easily. You must fight through the temptation to give up. Attack it! Completing assignments or meeting project due dates or quotas can all take a toll on you. Keep a positive attitude to keep your stress level down. Stay locked in and moving toward the end goal.

We can only control the controllable. In football, we all have a playing expiration date. Some are after high school, some after college, and some after playing professionally. Student-athletes are responsible for their education. They are also responsible for how much playing time they get. Coach Belichik says it best, “Do your job!”

We talk about 1/11th. Football practices are broken up into phases. For example, we have 1-on-1, pass skeleton, and team. My biggest pet peeve is when a player, during the 1-on-1 period, says to a teammate or a coach, “I’ll make it up in the full-team period.” The objective is to win the 1-on-1 battle so a coach can put you into the 7-on-7 situation. If you cannot win the 1-on-1 battle, how are you going to help the team win the 7-on-7 battle? Another way to look at it is, if you cannot make plays in the 7-on-7 situation, how are you going to make plays in a full-team situation?

Taking control of the situation shows dependability. Coaches want to know that they can count on all of their players habits which includes; academically, athletically, and socially. The same applies to the workforce; employers want to know that you are a team player, can handle adverse situations, and you will not quit when it gets hard.

7. LEAVE IT ON THE FIELD

The game of football is a sport where, within the rules of the game, you can hit someone and get away with it. That being said, there will be times when tempers flare and things can get hot. Whatever happens on the field stays on the field. Players should be reminded that they are a part of fraternity that is bigger than just the game and that we all play for the bigger picture.

One of our goals for our program is for players to graduate with a degree. We all have this in common and are all striving for that goal. So, off of field we are our brother’s keeper, striving to be the best.

Related Article: 13 Keys To Success For The Graduate Assistant

In life after football, the saying “leave it on the field” turns to “leave it at work”. It is good to build habits around not brining your work home! Family time is family time and we should keep it that way.

Football is fun! Winning is fun! With all the work you have put into this game, both on and off of the field, you might as well enjoy it. Take time to enjoy the process and all that comes with it. Enjoy what you do and embrace the grind.

We get to serve others by coaching this great game of football. We all have been blessed, so take these eight great working habits and implement them into your daily pursuit of greatness.

KiJuan Ware was hired as a full-time assistant coach for the Shippensburg University football team on July 9, 2018. Ware will serve as the running backs coach and work as the recruiting coordinator for the Red Raiders. Ware arrived at Shippensburg after spending two seasons as the offensive coordinator, recruiting coordinator and quarterbacks coach at Shorter University. Prior to that, he was at Williams College as a quarterback coach for two years. Prior to Williams, Ware was the secondary coach at Eastern Michigan University in 2013 and from 2011-12 he coached at Western Illinois University, serving as the team’s offensive coordinator in 2012 after exclusively coaching the running backs in 2011. Ware joined WIU after spending two seasons at Miami University where he helped orchestrate one of the best turnarounds in NCAA Division I history. Ware has been coaching since he graduated from Springfield College, where he was a two-sport standout in football and baseball, in 1997 with a degree mathematics and computer science and then earned a master’s degree in physical education and athletic administration.